A relative of the deceased is due to arrive in a day or two to identify the body and submit to a DNA test, says the deputy IGP.

Police are expecting the next of kin of murdered North Korean Kim Jong Nam to arrive in Malaysia in a day or two.

Deputy Inspector-General of Police Noor Rashid Ibrahim said no relative had as yet stepped forward to identify the body of Jong Nam, the older half-brother of North Korean leader Kim Jong Un.

The next of kin would have to identify the body and undergo a DNA test, he said at the opening of the Bukit Kepong Emergency Gallery by Sultan of Johor Sultan Ibrahim Sultan Iskandar. 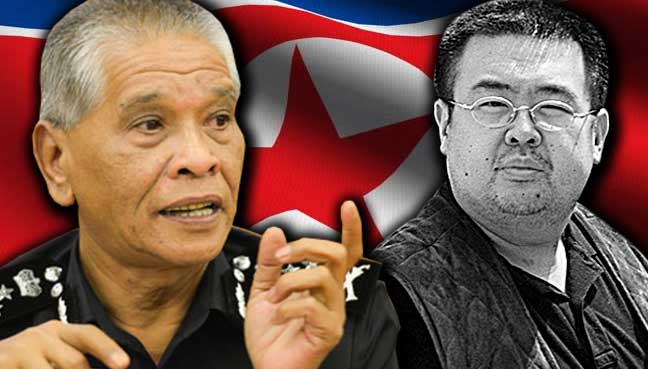 Noor Rashid said there was another option if no next of kin came forward but he did not wish to disclose that as yet.

Asked how the CCTV footage on the killing at the KL International Airport 2 (klia2) could have been leaked to the media, he said the priority now was to investigate the murder.

“We’ll focus on the investigation (of the murder) first, after which we will attend to the leakage of information and so on.”

At a separate event today, Inspector-General of Police Khalid Abu Bakar said Malaysian police would abide by international protocol in obtaining the cooperation of a North Korean embassy official in the investigation.

“Kwang Song has (diplomatic) immunity. We will adhere to international protocol because a senior official of a foreign country is involved,” he said after attending a belated Chinese New Year celebration at the Kuala Lumpur police headquarters.He said police would send a request through the foreign affairs ministry to the embassy seeking the assistance of second secretary Hyon Kwang Song, 44, because the official had diplomatic immunity.

Meanwhile, Defence Minister Hishammuddin Hussein said North Korean Ambassador to Malaysia Kang Chol had been rude in his comments about the investigation into the murder.

He said Kang Chol had “exceeded his responsibilities as ambassador”.

Hishammuddin was asked to comment on Kang Chol’s allegations that Malaysia was trying to hide something and was in cahoots with North Korea’s “enemies”.

“To me, it’s some diplomatic irregularity and I think the ambassador was rude in his comments on the matter.

“As a former home minister, I believe that all the investigations with regard to the matter are in the good hands of the police.”

He said this at a press conference held upon the return of the ship, Nautical Aliya, which had participated in the humanitarian mission, Food Flotilla for Myanmar, at the Boustead Cruise Centre in Port Klang today.

Jong Nam was at the klia2 at 8am on Feb 13 to board a 9am flight to Macau when he was attacked by two women who doused him with a poisonous liquid.

He sought help at the airport customer service counter and was rushed to the Putrajaya Hospital but died on the way there.

He had come to Malaysia on Feb 6 using a passport bearing the name Kim Chol.