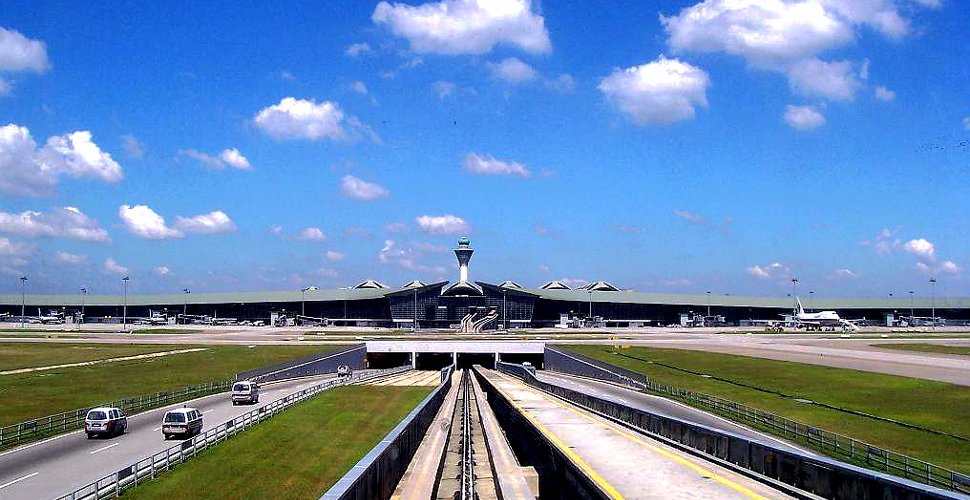 View of KLIA from aerotrain

This hope is pinned on the KLIA Aeropolis, an airport city developed over large swathes of land, whose impact touches the city beyond the airport’s radius. The project has three main development clusters – air cargo and logistics; aerospace and aviation; and meetings, conventions and leisure.

MAHB has created a growing air-cargo and logistics facility at the KLIA where all four of the world’s leading integrators and 20 of the world’s major 25 freight forwarders have established a base.

Stakeholders in Malaysia’s aviation sector believe that KLIA Aeropolis, with its infrastructure for cargo and logistics, will catapult the airport to the top position in the region – known as the Association of Southeast Asian Nations (ASEAN). KLIA Aeropolis benefits from its central location and is part of the larger sphere of economic integration which includes Putrajaya (the nation’s administrative capital) and Cyberjaya (the ICT city) with its modern infrastructure linked to the capital city Kuala Lumpur. 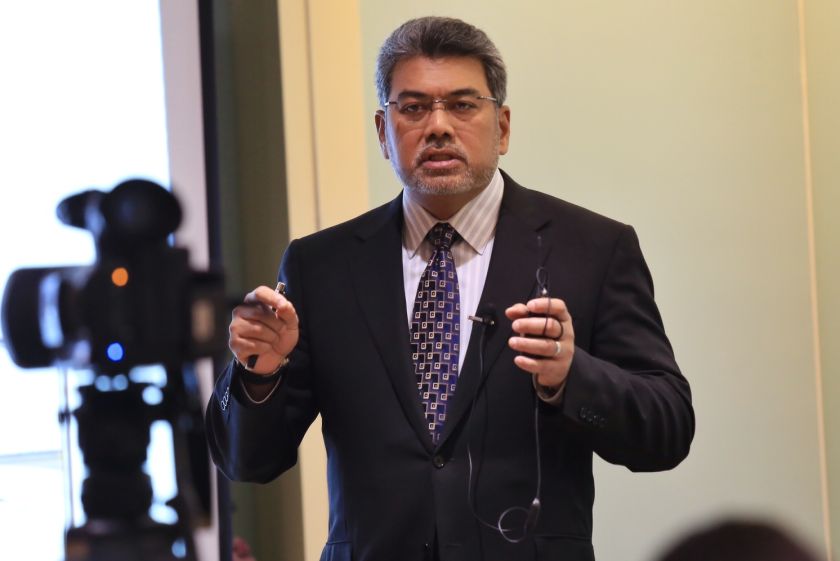 Badlisham Ghazali, MAHB’s managing director, highlights the fact that KLIA’s three runways offer sufficient capacity, even as other airports face capacity pressures. At present, KLIA has three parallel runways – one for the KLIA’s main terminal, one for klia2 and a third one that can be used for both the terminals.

“We have 72 aircraft movements an hour,” says Badlisham. “Forty percent of the new aircraft will be delivered in Asia. We are connected to Southeast Asia, the Asian continent and the Middle East. While LCCT had 25 million passengers, the klia2, used by low-cost carriers, had 27 million passengers a year. KLIA has a capacity of 40 million while klia2 has 42 million capacity.”

However, the airport’s strategic planners have recognized the fact that most Asian airports are bursting at the seams, thanks to vibrant traffic growth. Consequently, more terminals will be needed in the future.

Cargo is handled by MABKargo and POS Aviation (Malaysia). Cargo volume handled at KLIA is 750,000 tons annually against a capacity of 1.1 million tons. MABKargo looks after cargo handling. The bulk of the cargo (70-75 percent) is transported in bellyhold while freighters account for 25 percent of the cargo traffic.

“All the integrators are present here. We are also very keen to push e-Commerce and are keen to get e-Commerce players to Malaysia,” Badlisham says.

“e-Commerce will be a key driver in Intra-Asian trade which is growing annually by 6 percent,” he emphasizes. 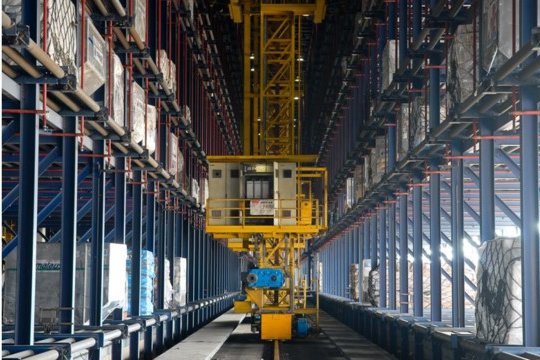 KLIA Cargo Warehouse
“Our growth comes, mainly, from Asia. We have carriers from China. Europe is important but there are other ways of connectivity. The Cathay Dragon flies to KLIA.

The KLIA’s target is to achieve 100 million passengers by 2030. KLIA has the capacity and the future trend, as we believe it, will be characterized by airlines increasingly flying narrow-bodied aircraft into KLIA,” Badlisham explains.

KLIA Aeropolis is expected to benefit from a robust multi-modal connectivity.

And it is therefore well positioned as a gateway to Southeast Asia through its air connectivity of 1,250 weekly flights within Southeast Asia, supported by a dense rail and highway connectivity linking the entire Peninsula Malaysia as well as Singapore to the south and Thailand to the north, besides being linked to the seaport just 45 minutes away.

Experts say that KLIA Aeropolis’ infrastructure and advanced operational systems should provide a strong boost to KLIA Aeropolis’ position as a focal point of aviation-related businesses interested in providing goods and services to their international customers.

MAHS sources speak of “adequate capacity” available for a fourth runway in the future.

The air-cargo and logistics hub within the KLIA Aeropolis is being geared to tap the e-Commerce market of Southeast Asia which, according to airport sources, is expected to grow to $88 billion (USD) by 2025, surpassing other segments such as offline retail.

The response from the corporate sector has also been encouraging, according to airport sources. Alibaba Group is reportedly using the KLIA Aeropolis as its Southeast Asian e-Commerce hub within the next two years.

Conversion of LCCT into Cargo Terminal

The relocation of the low-cost carriers’ operations from the LCCT airport to the klia2 in May 2014 led to the conversion of the former low-cost carrier terminal into a cargo terminal; the air-cargo handling facility, completed in November 2016, has been christened KLIA Air Cargo Terminal 1 (KACT1). There are plans to expand the Free Commercial Zone (FCZ) to include the KACT1.

The focus will be on three business segments such as Express, e-Commerce and Coolport which, the operators say, can bolster the cargo-handling capacity at the KLIA by approximately 300,000 tons.

Two-thirds of the terminal space are allocated to POS Aviation which is collaborating with Lazada Group – 83 percent of this group is owned by the Alibaba Group, – to set up an e-Commerce Distribution Centre which is expected to provide value-added services such as air-sea-land transportation solutions, international transshipment, postal and courier services, and warehousing facilities.

The contours of the KLIA as the “preferred ASEAN hub” acquired concrete shape when MAHB held talks with All Nippon Airways (ANA), Garuda of Indonesia and the International Air Transport Association (IATA) in Singapore in February this year.

The low-cost carrier terminal klia2, located two kilometers away from the Main Terminal Building (MTB), is built to cater for the explosive growth in low cost travel in the region. klia2 started operations in May 2014. The klia2 was built at a cost of around RM 4 billion ($1.3 billion USD), and is touted as the world’s largest low-cost carrier terminal, handling some 45 million passengers a year with capability to expand future capacity.

MAHB recorded a 6 percent growth in passenger traffic at its airports in the country last year to 88.83 million passengers, with KLIA surpassing the 50-million mark for the first time. Domestic traffic rose by 4.1 percent to 45.59 million passengers.

The main terminal at KLIA saw passenger growth of 23.3 percent while klia2 grew 7.2 percent, pushing the passenger volume at both airports to 28 million during the first half of 2017.

MABkargo, the cargo division of the national carrier Malaysia Airlines, recently launched five-times-a-week Airbus A330-200F express freighter services from its KLIA hub to domestic destinations such as Kota Kinabalu and Kuching, driven by rising e-Commerce and courier demand between East and West Malaysia.

“As the Asian cross-border e-commerce is booming, MABkargo is poised to tap into this market given the world-class warehouse facilities we operate and our vast belly and freighter network,” says Ahmad Luqman Mohd Azmi, MABkargo chief executive.

He describes the launch of the new service as “timely”, given the carrier’s intention to position KLIA as an e-Commerce hub in the region.

MABKargo is pinning hopes on what it says is the world’s first Digital Free Trade Zone (DFTZ), being developed in Kuala Lumpur. During its launch in March, Malaysian Prime Minister Najib tun Raza observed that Malaysia had embraced the internet economy and e-commerce “in a big way. We are now leading the e-Commerce market in the region generating revenue of $2.3bn in 2015.”

Indeed, Transport Minister Liow Hong Lai, speaking at the recent opening ceremony of the Renesas Electronics Kuala Lumpur Distribution Centre at the Malaysia Airlines’ KLIA freight forwarders complex, observed that the DFTZ at the KLIA Aeropolis will enable online retailers to speed up export and im­port as well as manage the supply chain at a central location.

“When the DFTZ is fully developed by 2020, this e-fulfillment hub is anticipated to handle up to $65 billion (RM279.4 billion) of goods alone in the ASEAN region,” says Liow.

“It will facilitate cross-border movement of goods as well as ensure seamless air connectivity,” he continues, adding that the DFTZ will be a catalyst for the growth of Malaysia’s e-Commerce.

The country’s “e-Commerce vision”, as some call it, is expected to help sustain strong growth in the future.

Badlisham is bullish about e-Commerce which, he believes, could enable the airport to achieve strong growth.

“Intra-Asia trade is growing annually by 6 percent. e-Commerce is expected to touch the value of some $88 billion by 2025 in Asia. Indeed, e-Commerce players are global in nature,” he says.

The MAHB managing director, who discerns large and narrow-bodied aircraft increasingly deployed in traffic, says that Asia has been a prime source of growth for many airports, airlines and other segments of the aviation. KLIA is positioning itself to tap the growth potential inherent in Asia’s geography, Badlisham maintains.