Hong Kong travellers like to plan their trips well in advance, booking their accommodation earliest at 42 days or 6 weeks before check-in, according to a study by accommodation site Agoda.

On the other hand holidaymakers from the UAE and Indonesia tend to take their time, as they make hotel reservations at an average of just 12 days and 15 days respectively in advance of a trip.

The findings are from the Travel Smart study, which showed the number of days  travellers from different countries book accommodation. The data was analysed from millions of bookings made on Agoda.

Travellers from the UK book, on average, 34 days in advance. This is 10 days over the global average of 24 days. The Chinese are behind their UK counterparts at 32 days.

Meanwhile, those from Spain and the United States usually book 25 days and 23 days respectively in advance of a trip, just shy of the global average for all of Agoda travellers. 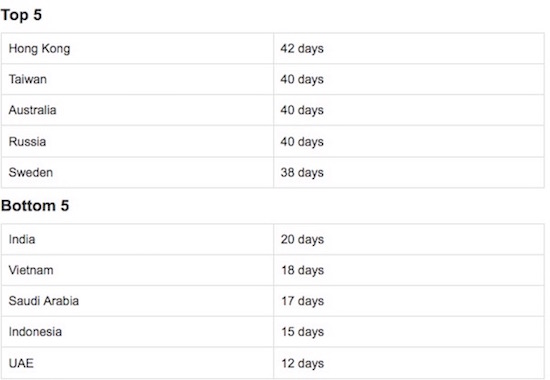 “Those early birds may be onto something,” said Errol Cooke, vice president, partner services of Agoda. 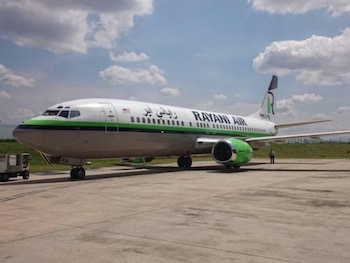 Malaysia’s only Shariah-compliant airline Rayani Air, which has its wings clipped due to its breaching of regulations, will appeal against the decision.

On June 13 the airline had both its air service licence (ASL) and air operator certificate (AOC) revoked by the Malaysian Aviation Commission (MAVCOM) and the Department of Civil Aviation (DCA) respectively.

Rayani’s Air CEO Ravi Alegandrran said he would appeal to MAVCOM  and DCA to “give a second chance for new investors to revive and manage the airline.”

In a media statement he pointed out the “revocation came at the peak of our negotiations with investors for the acquisition of equity in Rayani Air, in realisation that the present owners and their management are no longer fit to revive the airline.”

Ravi added the revival of the airline was “vital to resolve the consequence of its financial illness such as employees’ salaries, ticket refunds and other liabilities.”

At press time the staff of the airline, service providers and passengers left stranded by the airline’s suspension by DCA on April 11. are still waiting for compensation.

MAVCOM had stated that Rayani Air was still responsible for refunding its customers.

The commission said it had revoked the airline’s ASL on grounds that it has breached the conditions of its licence, as well as lacks the financial and management capacity to continue operating as a commercial airline.

“As a consequence, Rayani Air can no longer operate as a commercial airline with effect from today,” it added.

MAVCOM issued a show-cause letter to the troubled airline on May 25 on completion of its evaluation of the trouble airline’s commercial standing and capabilities. After review of its representation to the letter it decided that the airline’s responses were unsatisfactory, and thus rescinded the ASL.

The DCA cancelled Rayani Air’s AOC after it failed to provide satisfactory responses to inquiries by the local aviation regulator.

“To this end, Rayani Air is required to return the air operator certificate to the director general of DCA within 14 days from the date of notice of revocation,” it said in a separate statement

Rayani Air, which launched its maiden flight on December 20 last year, had faced numerous complaints of flight delays and cancellations without forewarning, and with no replacements provided. On April 11 the DCA suspended the airline for three months after it stopped operations following a strike by its pilots.

klia2 or LCCT2? That is the name of contention between AirAsia and MAHB 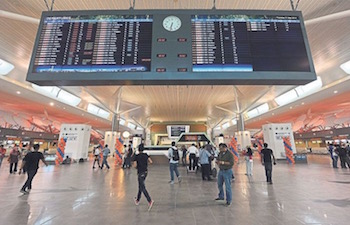 An airport by any other name would still be an airport, so said traveller friends when asked for their view on the difference of opinion between AirAsia and Malaysia Airports Holdings Bhd (MAHB) in the airport’s name.

But Asia’s largest low-cost carrier and MAHB, owner and operator of the budget terminal in Sepang, tend to disagree with my friends as for them the name matters a lot.

The war of words between the two companies started (yet) again with AirAsia’s latest move to promote klia2 as a low-cost travel hub and to call it Low-Cost Carrier Terminal 2 (LCCT2).

AirAsia argued that this would reinforce Kuala Lumpur’s position as the leading low cost gateway to Asia and beyond.

“To me, klia2 doesn’t mean anything. LCCT2, on the other hand, is synonymous with low cost. It is a brand that we built up together with MAHB and it shouldn’t go to waste. I urge MAHB to stop denying the fact that it is a low-cost hub,” said AirAsia group chief executive officer Tan Sri Tony Fernandes.

The AirAsia group currently operates over 220 flights daily to and from Kuala Lumpur, and handles 97% of operations at the airport with an average of 37,000 guests daily.

“Additionally, 1.3 million Fly-Thru guests came through Kuala Lumpur. As of May this year, close to 700,000 guests have done the same, including significant traffic from Singapore,” added AirAsia CEO, Aireen Omar.

“In fact, Singapore-India is one of our top five most popular Fly-Thru pairings. Malaysians used to go to Singapore to catch onward flights. The fact that Singaporeans are now coming here shows the strength of our wide network and we are the Asian low-cost hub.”

Aireen said that in view of the high volume of traffic brought into Kuala Lumpur via the AirAsia group, the airline needed MAHB “to acknowledge the fact that Kuala Lumpur is a true low cost hub with enormous potential, and they need to change their mindset to facilitate the need of a low-cost model and its rapid growth.”

However, MAHB begs to differ. In an immediate response it said klia2 is Kuala Lumpur International Airport’s (KLIA) second terminal and a crucial component of the KLIA hub.

“Although klia2 is currently mainly used by low-cost carriers, it is designed to cater to all types of airlines as it supports the overall KLIA capacity,” the airport operator said in clarifying its position in regard to AirAsia’s plan to promote klia2 as LCCT2 and promoting it as a low cost hub.”

Additionally klia2 is the registered name of the terminal under the International Air Transport Association. Calling it by any other name would only serve in misleading and causing confusion to the public and passengers, added MAHB in a media statement.

Under MAHB’s five-year business plan – Runway to Success 2020 – KLIA will be positioned as an integrated hub that would provide seamless connectivity between airlines, whether full service, hybrid or low-cost.

“Successful hubs are measured by the extent of the international connectivity and it is evident that this can only be achieved by leveraging on a full-service carrier network and alliances as well,” said MAHB.

Moreover, klia2 was built to enhance KLIA’s connectivity and elevate its position as a competitive hub within the region, it added.

Needless to say many are waiting to see the outcome of this latest “tussle” between the two companies, and if the airport remains klia2 or renamed LCCT2.