The disrupted hydrant fuelling services at the Kuala Lumpur International Airport 2 (klia2) are being rectified in stages and are expected to be resolved soon.

Malaysia Airports Holdings Berhad (MAHB) said the first stage of the rectification works has been completed.

“The first stage involving works such as fuel recovery, excavation and pipeline inspection has now been completed as per scheduled.

“We are happy to share that based on the assessment conducted during pipeline inspection, the second and third stages can be completed earlier than anticipated,” MAHB said in a statement.

It was reported that the three stages – prerequisite, rectification, and testing and commissioning – were needed to ensure the integrity of the fuel pipeline, thus maintaining the safety of all airport users.

MAHB said the second stage involving pipe and pavement repair works started on Oct 19, and full reinstatement of the pipeline will be done by Nov 14 after passing all required conditions for testing and commissioning.

“MAHB has been facilitating AirAsia X’s operations in the refuelling of its wide body aircraft through bowsers (fuelling tankers) and hydrant fuelling at remote bays.

“We have also deployed 16 buses to ferry passengers from the boarding gates to the remote bays.

“Meanwhile, our customer service officers have also been mobilised to usher passengers, monitor their well-being, help carry their hand luggage, and assist special-handling-passengers such as the elderly and disabled in boarding the buses.”

MAHB added that ambulifts have also been provided for special-handling-passengers.

It said these measures were undertaken since the start of the incident in order to minimise any possible flight departure delays arising from the disruption in fuelling services and to ensure the wellbeing of the passengers.

“We would like to thank all affected passengers for their forbearance and regret any inconvenience caused. We would also like to assure that we will not compromise on the safety of our passengers and airport users,” MAHB stated.

MAHB said it remains committed to ensure consistent engagement with all its stakeholders such as the airline, the Civil Aviation Department and Transport Ministry.

A fuel line ruptured during maintenance work at klia2 on Oct 11. 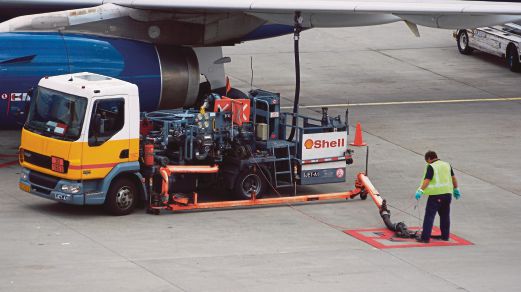 The disrupted hydrant fuelling services at the Kuala Lumpur International Airport 2 (klia2) are being rectified in stages and are expected to be resolved soon. Pix courtesy of Wikipedia.com