Penang International Airport expects to handle more travellers this year than it had earlier expected, saying the potential traffic growth is now “beyond its target”.

Its operator Malaysia Airports Sdn Bhd (MASB) said Penang airport would likely handle 6.4 million passengers this year, up 6.5 per cent over last year, with international passengers forecast to grow at 12 per cent and domestic at three per cent.

“But the growth is now beyond our target. Next year we forecast that Penang airport will handle 6.5 million passengers,” he told Business Times in an exclusive interview, here, last week.

Penang airport, the oldest airport in Malaysia, is stepping up its game to become one of the main transit hubs after KLIA in Sepang.

Malaysia-based carriers such as Malaysia Airlines Bhd (MAS) and AirAsia Bhd are ramping up their services by adding more direct flights between Penang and domestic as well as international destinations, especially to China.

“We hope that when more airlines fly to Penang airport, there would be more international destination connectivity and that will make Penang airport a popular airport for transit. We want Penang airport to be another transit hub in Malaysia besides KLIA,” said Suhaimi.

There are 12 international airlines operating out of the same airport, including China Southern Airlines, Jetstar Asia, Tiger Airways and Thai AirAsia.

For outbound flights, Suhaimi said there were eight domestic destinations and 16 international destinations, mostly to Southeast Asian and Chinese cities.

“People go to Penang mostly for leisure or work. The airport has no criteria to be a transit hub because it needs bigger terminal capacity, bigger concourse and more food and beverage outlets. It’s not really a place where you want to hang out for long,” he said.

Mohshin added that it was also more expansive for airlines to fuel their aircraft at Penang airport compared to KLIA due to the airport’s location, which was far from most fuel refineries.

The fuel at Penang airport would usually be transported via tanker ships while at KLIA, the fuel was usually transported via an underground pipeline from the Malacca refinery.

With the increasing number of flights and passengers, Penang airport’s terminal was extended to 53,000 sqm from 24, 000 sqm in June 2013 to cater up to 6.5 million passengers per annum.

With the capacity reaching near maximum this year, Suhaimi said there were plans to expand the terminal in the future.

He did not share MAHB’s plans for Penang airport but said a proposal had been submmited to the Transport Ministry, adding that discussions were ongoing between the airport operator, the ministry and the federal government.

But Suhaimi said Penang airport could actually handle up to seven million passengers a year.

“We can fully utilise the terminal and manage the flight slots. Right now, there are not many flights coming in around lunch hour but we can discuss with new airlines that are coming to fly in during the non-peak hours,” he said, adding that it could take about three to four years for the passenger number to reach seven million.

Although the passenger traffic was increasing in Penang, Suhaimi said the island did not need a dedicated low-cost carrier terminal for budget carriers.

He said the traffic that were brought in by low-cost carriers and full-service carriers could be handled in one integrated terminal for the comfort and convenience of passengers, especially transit passengers.

Suhaimi also said Penang airport could handle more aircraft with its current terminal size. There are a total of 15 aircraft parking bays at the airport, of which only seven is being utilised during peak hours.

However, the airport is currently facing limited car park space due to the rising number of visitors and passengers.

MASB recognised the challenge, said Suhaimi, and the company planned to build a new nine-storey car park with 3,000 bays, up from 800 currently.

He said the new car park would be built on the existing car park area. The project is targeted to start in the third quarter of next year and completed by 2018.

“The multi-storey car park is part of Penang airport’s expansion plan. We recognise the need for more parking bays. There would be temporary inconveniences during the construction period but once it’s done, it will provide long-term convenience to everyone,” he said.

MASB is also building a second on-site detection tank near the baggage handling area as part of its ongoing flood mitigation plan.

The first tank located underneath the kerbside of Penang airport can handle up to 150mm rain fall. 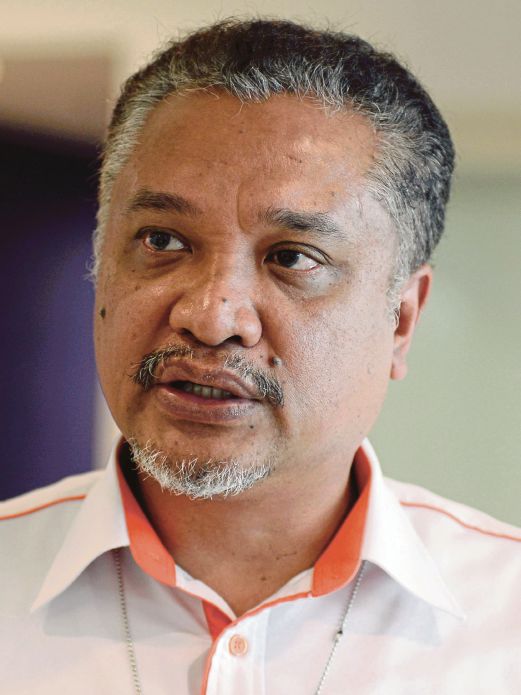 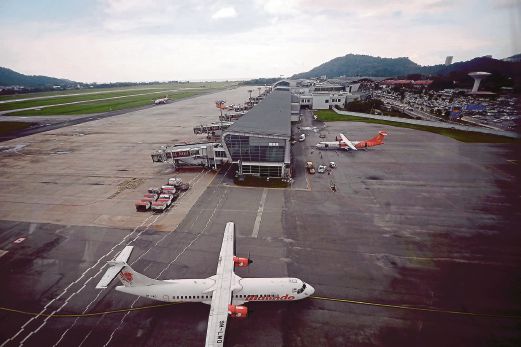