Malaysian airports saw passenger numbers grow by 3.2% in January compared to a year ago but the overall number of aircraft movements fell 2.2%. 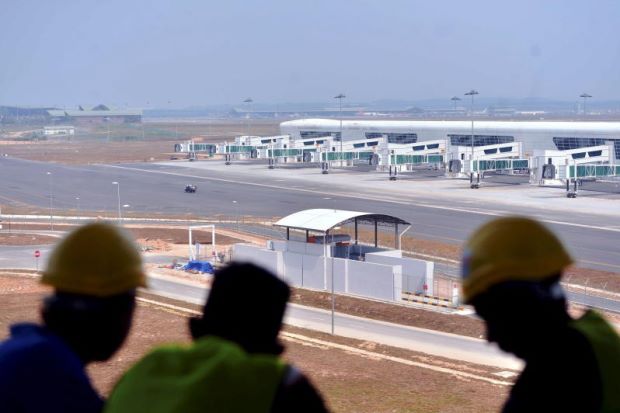 Passenger movements at Kuala Lumpur International Airport (KLIA) expanded by 4.4%, with the traffic at klia2 growing 21.4% but at KLIA Main Terminal falling 13%.

The airports recorded a total of 6.8 million passenger movements last month, with 3.5 million passengers in the international sector and 3.3 million on domestic flights, an increase of 6% and 0.3% respectively.

Malaysia Airports Holdings Bhd (MAHB), in a filing with Bursa Malaysia, said overall aircraft movements, however, fell by 2.2% with a reduction of international and domestic movements by 1.8% and 2.5% each.

Passenger movements at Kuala Lumpur International Airport (KLIA) expanded by 4.4%, with the traffic at klia2 growing 21.4% but at KLIA Main Terminal falling 13%.

The negative growth in the main terminal was attributed to the movement of Malindo/Lion Air and Jetstar Asia to klia2 and the reduced frequencies by Malaysia Airlines.

MAHB saw passenger movements in its entire system, which includes Istanbul SGIA, expanded by 6.8% in January this year, recording 9.1 million movements compared to a year ago.

“The growth at Malaysian airports was contributed by pre-Chinese New Year traffic and the additional traffic carried by new airlines that started operations in 2015.

“Rayani Air, which began operations in December 2015, added more than 18,000 passengers to the domestic sector,” it said.