The long walk to the gates at klia2 has now been eased, thanks to the installation of 28 new walkalators at the terminal.

There are now a total of 42 walkalators around the terminal, covering nearly two kilometres.

“When the airport was completed in 2014, there were only 14 units of walkalators available.

“After receiving public complaints about the long walk at the airport, Malaysia Airports decided to install more.

“Today there are 42 walkalators, with a total length of about 1.93km. This will bring more convenience to passengers at klia2,” Transport Minister Datuk Seri Liow Tiong Lai said at the launch the new “iWalk” walkalators.

Malaysia Airports Holdings Bhd (MAHB) said the walkalators were expected to shorten the walking time of passengers by 30%.

“The longest walking distance to the furthest gate is expected to take 18 minutes while the shortest is six minutes,” it said in a statement during the event. 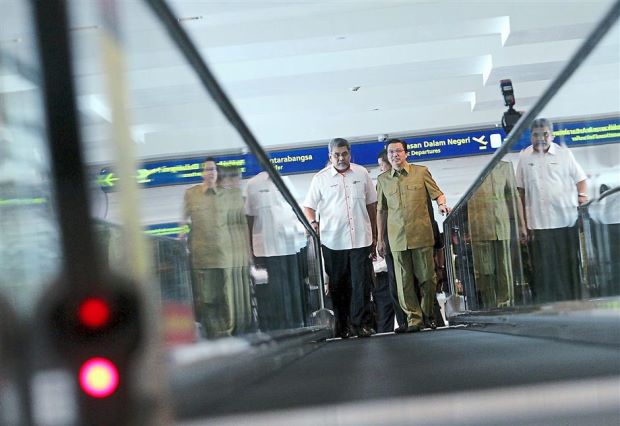 klia2 has also increased its free buggy services for passengers from 15 to 25 and these can be found at designated buggy stations at the terminal.

“Ever since the Brussels bombing, the security level at our airports have been raised to ‘amber level’ and it has remained at that level until today,” he said.

He said the public need not worry about the recent terror attack at Istanbul’s Ataturk Airport as the authorities were in full control of the security.

Liow said the public could play their part in combating terrorism by alerting security personnel if they see something suspicious such as unattended baggage at the airport.

On Tuesday, 44 people were killed and some 240 people were injured in a suicide gun and bomb attack at Ataturk Airport.

On another matter, Liow said Malaysia, Australia and China will meet on July 19 in Kuala Lumpur to discuss the future of the search for the missing plane MH370.

He said Malaysia was committed to completing the search and would not stop until the 120,000sq km area in the Indian Ocean had been covered.

“We will not call off the search for MH370. We will continue until we complete searching the 120,000sq km area.

This is our commitment to the rakyat and the families of the victims,’’ he added.