There will be no more staff and route cuts for Malaysia Airlines Bhd (MAS) but a period of refinement with lower fares for the Economy Class as the carrier tries to regain market share it has lost over recent years. 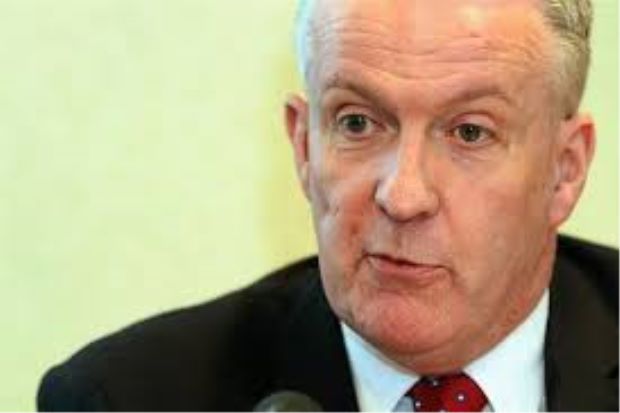 “Most of the cost cutting is done, now it is about refinement. We have got better in our purchasing, handling cost is 50% lower, catering cost is 20% lower and fuel 5%-6% lower. It is getting much better. We need to be nimble and fly smarter,” he added.

MAS will add six to seven new destinations next year, mostly flights into North Asia from klia2, Sabah and Sarawak, which will allow the airline to tap new segments of the market as it expands further into growth markets which are in the four-to-eight-hour flying radius.

With passenger loads below 70% currently, MAS chief executive officer Peter Bellew said in his first media briefing since his appointment as CEO over two weeks ago that “we need to aggressively push our product… that is our biggest priority now”.

“Most of the cost cutting is done, now it is about refinement. We have got better in our purchasing, handling cost is 50% lower, catering cost is 20% lower and fuel 5%-6% lower. It is getting much better. We need to be nimble and fly smarter,” he added.

He also does not see the need to change the staff uniforms now, a topic of controversy recently, although he did add that it would be done next year.

The focus ahead is to get high-paying customers to fill the front end of the cabin. Hence, all the cabin refurbishment and upgrades in service quality is under way. But at the same time, he wants to change the airfare policy to cater to the relatively price-conscious customer amid a competitive landscape so that he can also fill the back end of the cabin.

That is why he said that MAS would remain a full-service international carrier, competing with the likes of Cathay Pacific and Singapore Airlines, but offering “relatively lower fares”. Bellew feels this message had not been communicated well to the consumer and wants to change that.

“It is possible for us to address all market segments with fares. We can do it since we have a modern revenue management system,” he added.

MAS will continue to ride on its partnership with Emirates to offer long-haul connectivity besides London, where it has daily flights.

He said with the product enhancement and aircraft refurbishment under way, the airline will “look ten times better from now”, with a sharper focus on its Business Class product offering. MAS will become more “generous with our frequent flier points, especially for business travellers as we have not been doing that”.

For the Economy Class, MAS will still offer free baggage, food, no extra charge for using credit cards and seating, but it will change the pricing policy.

“We are putting more fares in the lower bucket and they will be available when you book. Previously, the fares started from medium to relatively higher, but now, we will have 15% to 20% seats on the relatively lower fares and work progressively. This is not something we did previously but what most airlines do. We are changing the airfare pricing policy to offer greater value,” Bellew said.

On the six to eight new destinations, he said “we need to burst out of the cocoon, be smarter in running the business as there are many opportunities out there. We will start flights from klia2 during the northern summer season, as the public wants good fares. These will not be connecting passengers”, he said.

The RM33 price differential in the passenger service charges (PSC) between KLIA and klia2 was the reason to plan leisure flights out of klia2. That will make it cheaper for MAS to operate out of klia2, as the average profit airlines make is US$4-US$5.

“Ideally, the PSC charges for both terminals, KLIA and klia2, should be the same. There are no such differences in charges in other parts of the world,” Bellew said.

Many have criticised his plan to fly out of klia2, as it would split the airline’s operations. But Bellew said “it is not complicated and not a different country. There is no need for new staff and the aircraft will be dedicated from here”.

The Malaysian Aviation Commission (Mavcom) is working on new PSC charges, which it expects to announce by year-end. Bellew said if the charges stayed much higher at KLIA, then MAS would move to klia2.

The airline will also need new aircraft going forward and Bellew expects to commit to aircraft orders soon. He, however, did not elaborate.

MAS will take delivery of six A350 aircraft. Four will be for the London route, while two remain undecided for now. The aircraft will be on lease but for future requirements, MAS has options to either go for sale and leaseback arrangements or source funding from capital markets. The airline has two leasing companies within its ambit.

Malaysia Airlines is offering low fares for selected flights from Kuala Lumpur to London, under its 'How Far Can Your Ringgit Go' promotion, which began Tuesday till July 25, 2016.

In a statement today, the national carrier said the offer, from as low as RM2,499 (economy class) and RM10,999 (business class), is for both ways and valid for immediate travel until March 31, 2017.

Under the promotion, passengers would be spoilt for choice by Malaysia Airlines' range of entertainment offerings, said Chief Commercial Officer Paul Simmons.

They also would be served with new enhanced meal options and dine on demand service, in addition to 30kg and 40kg of baggage allowance for economy class and business class, respectively, he added.