A total of US$1 billion will be spent to upgrade airports throughout Malaysia in the next five years, said Malaysian Airports Holdings Bhd (MAHB). 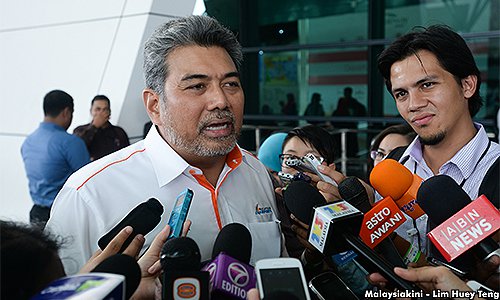 This includes airports in Langkawi, Kota Kinabalu and Kota Baru, which are used as a gateway to top tourist destination islands like Pulau Perhentian, he said.

The government will foot most of the expenses, he reportedly said in an interview in New Delhi last week.

He added that klia2 will likely hit the annual capacity of 45 million passengers earlier than expected but will not require new investments for upgrades as this has been planned for.

AirAsia, which has the most flights out of klia2, is likely to benefit from the upgrade, said Bloomberg, but the airline has been critical of MAHB's airport management.

There had also earlier been problems of ponding and cracks on the taxiways.

The budget carrier in July held meetings with MAHB on how to better improve the airport's branding as a low-cost travel hub in Asia.