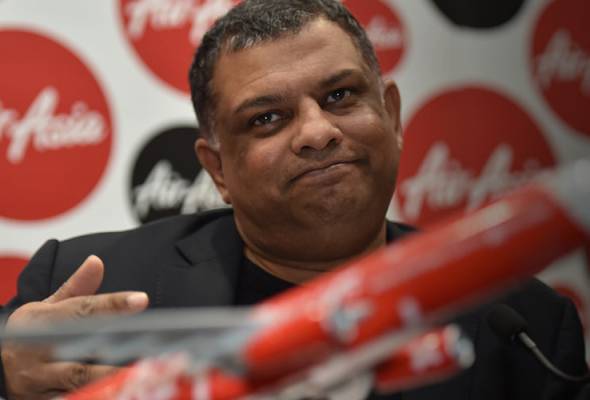 FERNANDES: Malaysia should not allow the IATA to determine the next cause of action in the country's aviation industry.

In making an analogy, AirAsia Berhad Group CEO Tan Sri Tony Fernandes said: "We are a three-star hotel, if every hotel in Malaysia was five-star, there will be very few tourists here.

"Airports should have a similar set-up to lure more tourist, encourage passenger travel and the tourism industry."

Fernandes was commenting on the International Air Transport Association's (IATA) recent call on the Malaysian government to standardise the PSC at KLIA and klia2.

The chief, who rarely minces his words, called on Malaysia Airports Holdings Bhd (MAHB) to 'think out of the box' and tackle the issue differently.

"We are a leader in the low-cost carrier industry, we have beaten the Singaporean (counterparts) handsomely. So, allow it to grow. Malaysia Airports should think Blue Ocean, think differently," he told reporters after a luncheon talk at the International Conference on National Blue Ocean Strategy here today.

Fernandes also took a dig at IATA, saying that Malaysia should not allow the association to determine the next cause of action in the country's aviation industry.

"So it (IATA) should also do the same to airports in London and France because Stansted airport has difference charges compared to Heathrow," he said.

AirAsia is not a member of IATA, which represents some 265 airlines, comprising 83 percent of global air traffic.