It will inaugurate direct flights from Kota Kinabalu to Wuhan on Jan 22, Langkawi-Guangzhou (Jan 24) and Penang-Ho Chi Minh (Jan 25), its head of commercial, Spencer Lee said. 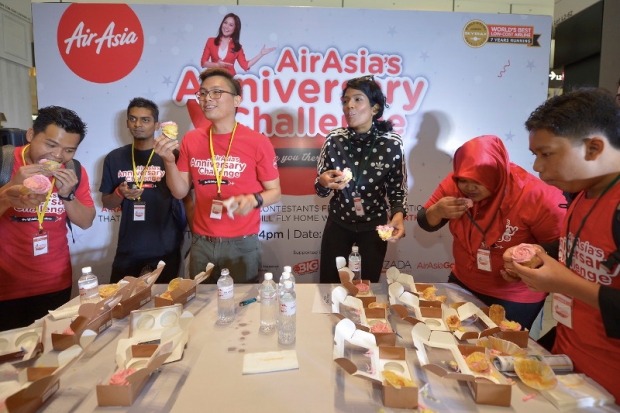 “This is a very exciting year and January is a busy month for us, with new routes beginning its daily operations. We are very confident that AirAsia will continue to grow and remain profitable,” he said.

He was speaking to reporters after flagging of 14 Malaysian contestants in the AirAsia Anniversary Challenge in conjunction with the airline’s 14th anniversary at the Kuala Lumpur International Airport 2 (klia2) here today.

In conjunction with the launch of the routes, AirAsia had offered promotional fares from as low as all-in RM88 one way, inclusive of taxes and fees, on airasia.com for travel from Jan 22 to Oct 29 this year.

On the contest, the participants, who were paired with local celebrities, had to complete various tasks and missions such as the selfie and shopping challenge, putting their knowledge and endurance to test’ via the foot-race around Gateway@klia2.

The winner stands to win up to RM180,000 worth of gifts, including one year’s worth of free seats to any destination operated by AirAsia Bhd (flight code AK), a RM3,000 Lazada shopping cash voucher and a RM1,400 AirAsiaGo hotel cash voucher.

Apart from the grand prize, other contestants also stands a chance of winning up to RM20,000 Lazada shopping vouchers during the grand finale.

Meanwhile, Douglas Yip Kok Hou from Alor Star, who was announced the grand prize winner of the 14th Anniversary Challenge, said he would like to visit tourism attractions in Malaysia, China, Taiwan and Australia.

“When my name was announced, I was so surprised and happy to be the lucky winner and triumphed above the other contestants. I know I did pretty well in other challenges, except for the first challenge, that was eating cupcakes.

“We were put in a group of three, and there were 14 cupcakes and each of us had to eat five to six pieces. It is a lot and very sweet. That is the most challenging for me in this competition,” he told Bernama when contacted.

Yip walked away with one year’s of AirAsia free seats, and other exciting prizes worth over RM180,000 as part of the airline’s 14th year anniversary celebration.

He was shortlisted from a pool of over 1,000 nationwide entries during the submission period from Dec 14 until 27 last year. — Bernama