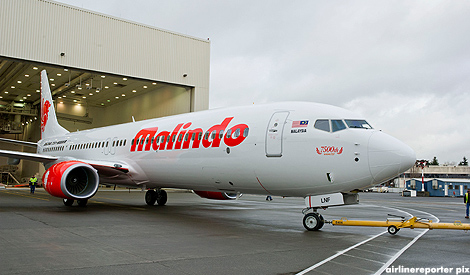 Budget airline Malindo Air has expanded its flight destination to Lahore, Pakistan, a location not covered by Malaysia Airlines or AirAsia X.

It said the flight will commence from March 3 this year.

"We are elated to extend our reach to Lahore and for being the only Malaysian-based airline to offer direct services between Kuala Lumpur and Lahore.

"The route will also signify one of our furthest route yet from Kuala Lumpur using our young fleet of Boeing 737-900ER aircraft," said Malindo Air chief executive officer Chandran Rama Muthy in a statement today.

He noted that Lahore, the capital of the Punjab province, is an important religious centre as it is home to "hundreds of temples, mosques, churches and shrines".

The flight will depart klia2 on Mondays, Tuesdays, Thursdays and Saturdays at 5.30pm and touch down at the Allama Iqbal International Airport, Lahore (LHE) at 8.15pm.

The return flight will depart from Lahore at 9.05pm and arrive in klia2 on the next morning at 5.50am. The flight time is 5 hours and 45 minutes.

MAS only flies to Karachi, Pakistan while AirAsia X does not fly to the country.

The Lahore announcement today coincides with AirAsia X's announcement that it is now flying to Auckland, New Zealand with a stopover Gold Coast, Australia.