AirAsia Bhd CEO Aireen Omar says the company will make further appeals against the passenger service charge hike, and calls the same rate for klia2 and KLIA as unfair. 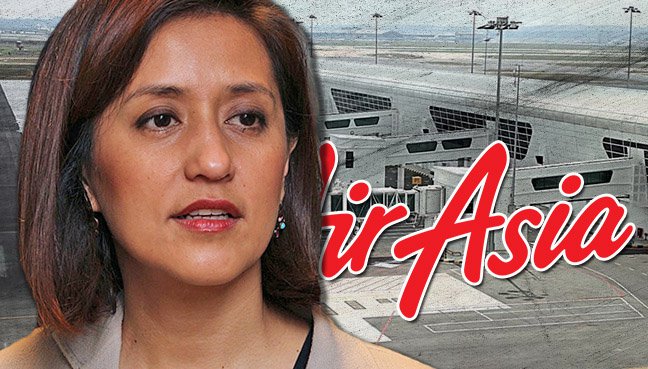 She cited statistics from Tourism Malaysia and the Asean Secretariat, which showed that tourist numbers had dropped last year, compared with previous years.

Tourism Malaysia statistics show that 25.7 million tourists entered the country last year, compared with the 27.44 million who came here in 2014. The Asean Secretariat report supported this data and also stated that Malaysia was the only country in Asean to have experienced a drop in international visitor arrivals last year.

Bearing such numbers in mind, Aireen called for aviation and tourism industry players, as well as local authorities, to stabilise the tourist arrival numbers first, before increasing the PSC.

“I think if you want to win tourism back, it is important to do it (increase PSC) gradually. Of course, ideally we prefer if there isn’t any increase at all,” she told NST.

It was reported last month that the Cabinet had okayed the increase in PSC, which is commonly referred to as airport tax.

The Transport Ministry has confirmed the new rates would be implemented from January 1 next year but the agency responsible, the Malaysian Aviation Commission (Mavcom) is yet make an official announcement on the matter.

News reports also said that the new rates will be RM73 for international flights and RM11 for domestic flights, for all airports nationwide. The new PSC structure would also reportedly impose a RM35 charge on inter-Asean flights.

The new proposed rates have received flak as it involves a sizeable increase, especially in the case of klia2, where the current international flight tax is RM32.

AirAsia is the only airline which is opposed to the new PSC rate. Malaysia Airlines Bhd had supported the move, saying it would give all airlines a level-playing field.

Explaining the low-cost carrier’s objection to the new rate, Aireen said it was because air travel has now become a mode of transportation to many, and is in some cases a necessity, rather than luxury.

“It’s like taking a bus to go somewhere. It’s becoming more price-sensitive as people find the opportunity to fly to many places.

“End of the day, it affects the passengers because this is the amount being paid by the passengers. We don’t take anything from it. We are just asked by the authorities to collect the PSC from passengers,” Aireen was quoted.

Aireen also dismissed Malaysia Airlines’ contention that the rates would create a level-playing field, “because you are looking at two different business models here”.

“You are looking at a low-cost carrier terminal and a full premium service. It’s two different products – like the Hilton hotel chain and their low-cost arm W hotel; or even a Starbucks and a mamak stall.

“The facilities provided in KLIA and klia2 are different. KLIA has more facilities than what you see at klia2 in terms of user experience.”

She added that AirAsia would be submitting appeals to the government to remove the tax hike, should it go through, and probably also re-strategise by reviewing the flight frequencies and the number of new destinations that it could fly to.