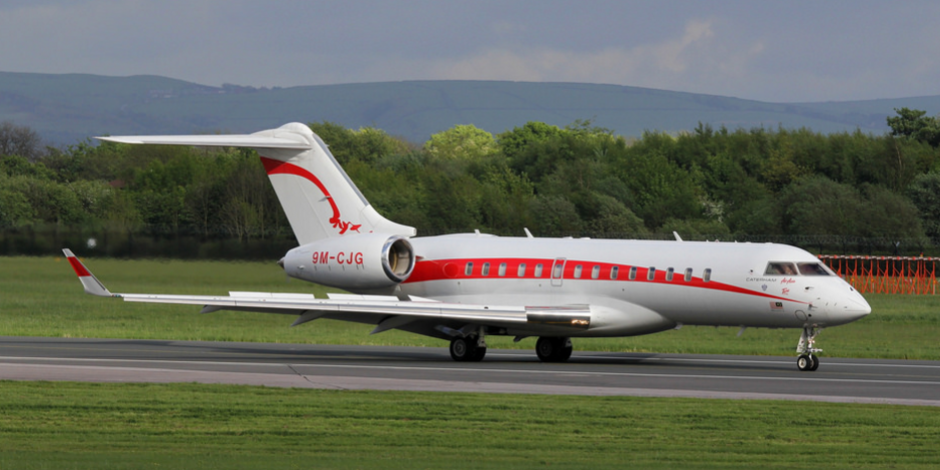 AirAsia Bhd has today entered into a sale and purchase agreement with Caterhamjet Global Ltd (CJG) to acquire one unit of Bombardier BD-700-1A10 Global Express 9M-CJG for US$10 million (RM40.3 million).

In its filing to Bursa Malaysia, AirAsia said the purchase price would be satisfied by cash from the company’s internally available funds.

Payment will be in two parts – a deposit amount of US$1.5 million when the agreement is signed; and the remaining amount when the aircraft is delivered.

As CJG is planning to sell the aircraft, loss of the aircraft would mean that the GCEO and EC will no longer be able to benefit from the convenience and efficient transport provided by Global Express when travelling for work – as they would have to rely on commercial flights which may be infrequent or inconveniently-timed.

This would result in significant loss of productivity due to inefficient wait times, especially with the high volume and frequency of travel undertaken by EC and GCEO, AirAsia said.

It added that flying commercial would also mean that the EC and GCEO would not be able to conduct business discussions or hold meetings with senior management as they currently do in the private space of Global Express, adding to the inefficiency.

The current commercial agreement is also not efficiently structured as AirAsia has to pay the salaries of the staff it seconded to operate Global Express, incurring Goods and Services Tax in the process, it said.

Acquiring Global Express and bringing flight and maintenance crew back into AirAsia would allow the company to save on additional cost and better utilised the staff.

In addition, private jet prices in Asia have declined over the past two years since the slowdown in the regional economy, which makes Global Express relatively cheap to acquire at the moment, it said.

CEO Aireen Omar said the group’s campaign was launched a fortnight ago and AirAsia would be stating klia2 as LCCT2 on its websites, tickets and promotional materials soon.

“We will bear all the costs for the rebranding of the airport, and the campaign (to acknowledge klia2 as LCCT2) may continue forever.”

He said the campaign carried out by low-cost carrier AirAsia to brand klia2 as LCCT2 is against the International Air Transport Association and International Civil Aviation Organisation regulations.

“We cannot name a terminal at our whim and fancy as it was a registered name and the government named it as klia2 not MAHB.

“However, we cannot prevent them from calling it LCCT2 as it is freedom of speech, but they cannot put it on their tickets or counter notice board.”