Rayani Air’s suspension has ruined holiday and business travel plans for those who had pre-booked tickets with the airline. 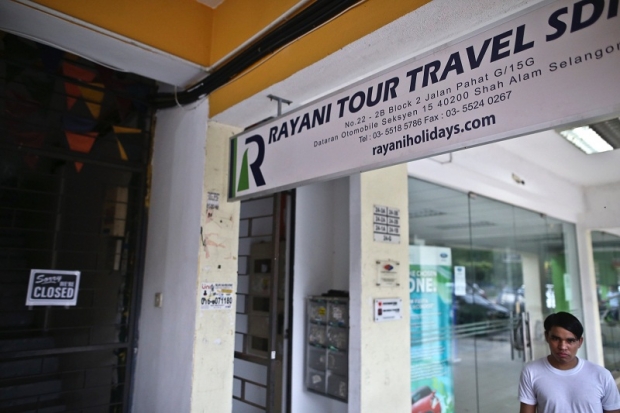 Masniyati Abas, 46, who will join 23 of her family members for a holiday trip to Sabah in August, is upset over the debacle.

“My family had pre-booked 24 tickets with Rayani Air. We were looking forward to our holiday in Sabah,” said the bank manager.

“We have been planning this trip for months but given the current scenario, we may reconsider our vacation plans or book tickets with another airline.”

She said many of her younger family members would be disappointed if they were forced to cancel the trip as they were looking forward to boarding a plane for the first time.

“My nephew and nieces are excited and have been asking me daily ‘when are we going to get there’. I just don’t know what to tell them,” she said.

Masniyati attempted to contact Rayani Air numerous times since learning of the suspension but she was unable to speak to anyone.

“I would like a refund of the RM4,000 I paid for the tickets. I hope to quickly recover the money so that I can save the family holiday.

“But if they are going to take their time, they will leave many people frustrated and upset. Some would also consider legal action against the company.”

Malay Mail reporter JERRY CHOONG visited klia2 and was told the Rayani Air ticketing and check-in counters have not been operating for the past three days.

An airport information officer, who declined to be identified, said the airline had notified Malaysia Airport Holdings Berhad that its counters and its office at klia2 would be closed from Thursday onwards.

“Since then, we have had many Rayani Air passengers seeking our assistance. We can only direct them to the company by providing their address and contact details,” she said.

“Many of them left frustrated and agitated, claiming they were not informed. I also heard many passengers were unable to contact the airline.”

Two women, in their 30s, approached Malay Mail at the office and said they were seeking refunds after pre-booking tickets.

“We were planning to go to Sarawak and Sabah. We only found out about the suspended operations through a WhatsApp message from a friend.

We were hoping the office would be open so that we can get our money back,” said one of them, who declined to be named.

The shopkeeper of an adjacent grocery store said he saw several of the airline’s staff at the office on Friday.

“I heard about the pilots’ strike. The company has been operating as usual and they are usually closed on Sundays. I am unsure why they are not open today (Saturday),” he said.