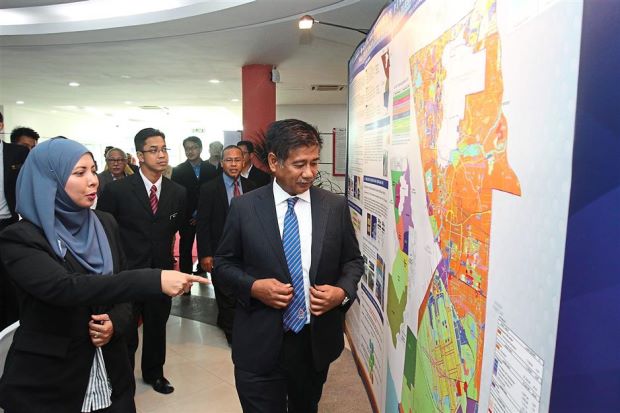 The plan to do so, he said, had been stated in the Sepang Municipal Council Draft Local Plan 2025.

The plan was now on public display, he said, calling to Sepang residents and landowners to review the draft plan and make the necessary objections and suggestions.

“The Sepang district is six times bigger than Petaling Jaya and it is rapidly developing,” he said after launching the draft plan.

“With two new highways being built for easier access to the airports, I am confident that Sepang will be the new attraction in Selangor,” he said.

The highways are MEX 2 Highway linking Putrajaya to klia2, and a new highway from Paroi, Negri Sembilan to KLIA.

On getting objection from landowners, Puasa was confident that the council would not receive any.

“We have worked hard to come up with the draft plan, and we worked closely with the councillors who have received feedback from the residents.

“So I don’t think we will get any objection, but we welcome any suggestion to make Sepang a better place to live in,” he said.

Visit www.mpsepang.gov.my to find out the locations of the display of the council’s Draft Local Plan 2025.