WHEN WCT Holdings Bhd opened its first mall – the Aeon Bukit Tinggi Shopping Mall – in Klang eight years ago, it was a start to a long-term plan to diversify into shopping mall ownership and management. 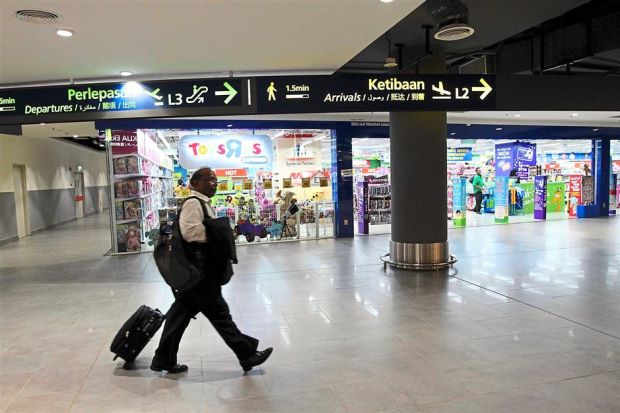 High traffic: Gatewayklia2 is expected to break even within the next two to three years.

The company had built retail buildings including The Curve and Tesco Mutiara Damansara, Tesco Bukit Tinggi, Aeon Bukit Indah Johor and Aeon Malacca, so it was a natural progression for the construction outfit.

In the last three years, the group has, though its property arm WCT Land developed two more retail buildings – the Paradigm Mall in Petaling Jaya and Gateway@klia2, the integrated complex at the budget airlines airport.

A total of RM5bil had been allocated for its investment and development of this business arm.

It plans to build the Paradigm Johor Baru, a 1.3 million sq ft mall along Jalan Skudai.

This will be followed by Paradigm Kuala Lumpur, a mall with 1.5 million sq ft of net lettable area in Old Klang Road.

Construction for Paradigm Johor Baru is underway and the mall will be launched next year,

The project will entail development cost of RM700mil and would also comprise residential towers, offices, a hotel and perhaps an auditorium.

While plans for both malls have yet to be announced, WCT Malls Management general manager Vincent Chong tells StarBizWeek the offerings must be enticing to keep up with competitors.

Not far off from WCT’s upcoming mall in Kuala Lumpur, the Pavilion Holdings Group too is setting up a mall of about two million sq ft. 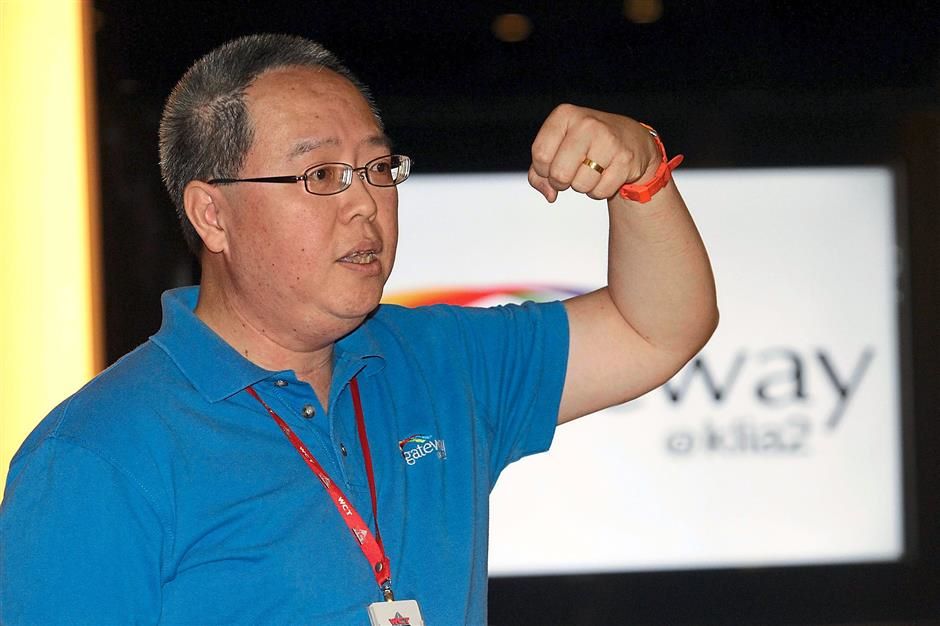 Chong: If another opportunity to build an airport mall comes up, we should be first in line to do it.”

Chong: ‘If another opportunity to build an airport mall comes up, we should be first in line to do it.’

With the upcoming addition of sizeable new malls such as Sunway Putra Mall in Kuala Lumpur, Sunway Velocity Mall in Cheras, IOI City Mall in Putrajaya, WCT has been fanning its advertising and promotional activities,

This year, WCT has been bringing in celebrities for meet-and-greet sessions by collaborating with Astro, Fox and Dreamworks.

Riding on the K-pop craze, it discovered, really draws in the crowd.

“By early morning, many teenagers were waiting with their mothers for tickets,” Chong says.

He admits Paradigm Petaling Jaya, which has a rental rate of RM7-8 per sq ft on its 680,000 net lettable area, has not experienced growth in terms of numbers since January.

“We must be realistic. For now, our focus is just to sustain business for our tenants. As such, we haven’t targeted growth for this mall this year,” Chong says.

Now that Paradigm has stabilised, WCT is ready to launch an office tower and hotel components, the latter, which will be managed by New World Millenium Hong Kong Hotel.

By next month, seven levels of office space at Paradigm Mall Petaling Jaya will be ready. WCT will occupy two levels, while negotiations with multi-level companies and a university to tenant the rest of the building by the third quarter of 2016 are underway.

The Paradigm mall needs an occupancy rate of 85% to be sustainable, while Pavilion Kuala Lumpur requires at least 80%,

WCT is expecting Gateway@klia2, its long-term concession with Malaysia Airports Holdings Bhd, to break even within the next two to three years.

For 2015, the airport complex’s annual gross revenue is expected to be RM105mil.

“Running an airport mall is different from managing one in the city,” Chong says.

Gateway has 120 retailers and they occupy 74% of the total net lettable area (NLA).

Food and beverage providers make up 30% of the tenancy mix, while the rest are providers of travel items, books and magazines, fashion apparel and accessories.

It has not been easy for WCT to find suitable tenants at the Gateway@klia2 mall in spite of the high traffic there, but Chong explains there are only 350,000 sq ft of NLA available as the mall is part of the airport and not a standalone retail building as is in some countries. “These numbers may not seem encouraging but bear in mind that klia2 was designed to cater to 45 million passengers. In that case, we shouldn’t expect 100% occupancy rate for now,” Chong said.

Gateway is currently only catering to about 25 million airport passengers and captures some three million footfalls per month.

Jaya Grocer, which initially caters to the 10,000 airport employees, is now providing convenience to foreign tourists and locals.

“We aren’t projecting a significant increase in occupancy and we have to be very careful about our tenancy mix. Another nasi lemak vendor would just cannibalise other existing food outlets,” Chong said. “For now, we need more fashion tenants.”

As passenger numbers are expected to grow to 28 million from 25 million this year, WCT will grow and expand Gateway in tandem with that.

“We work closely with tenants such as the RM1 day promotion, where meals and products are sold at RM1. We will probably do that again after our Raya promotions,” Chong says.

For the first quarter ended March 31, the group’s property development and investment segments registered revenue of RM102mil and operational profit of RM32mil.

Revenue was RM352mil, 24.6% lower than RM467mil the year before due to the completion of several projects.

WCT said in a filing with Bursa Malaysia it expected contribution from the new projects to increase in the second half of the year.

It was reported that WCT was looking to venture into the Indonesian property market with a company there.

“To do that, we must really explore first. For now, we are comfortable in Malaysia and we have a unique product in Gateway. If another opportunity to build an airport mall comes up, we should be first in line to do it,” Chong says.

“If Indonesia asks, we would say yes.”