Malaysian police have sent a team of eight Disaster Victim Identification personnel – consisting of divers, crime scene investigators, fingerprint experts and a photographer – to Surabaya to help in the recovery and identification of victims of the Indonesia AirAsia Flight QZ8501 crash.

Bukit Aman CID director Comm Datuk Seri Mohmad Salleh said the team would either be directed to Pangkalan Bun or remain in Surabaya under instruction of the Indonesian leaders of the investigation into the tragedy.

“Our team had been on standby since Day 1 of the AirAsia incident. In the spirit of Aseanapol (Asean National Police), we offered our services to our Indonesian counterparts five-days ago and they gladly accepted.

“The plan for now is for our team to be in Indonesia for a month. It depends on what Indonesia needs. If they need help in other areas, we will try and render the maximum assistance we can to our neighbours,” Comm Mohmad told reporters here when asked if Malaysia would be involved in investigating the crash.

He added that the DVI team, under the CID’s forensic unit, had experience in identifying victims of the MH17 crash in Ukraine last year as well as the Acheh victims in the 2004 Indian Ocean tsunami.

Team leader SAC Narenasagaran said the group faced a challenging process, with the wreckage and bodies being reportedly some 30m under the sea. 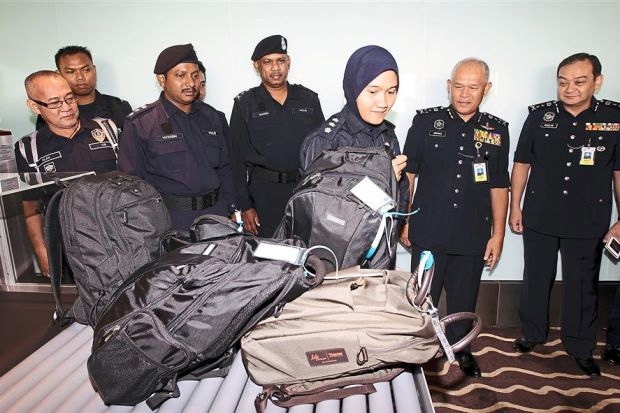 Ready to help: A DVI officer leaving for Surabaya from klia2 while Comm Mohmad (second from right) looks on.

“I’m a diver myself but we won’t know what it would be like until we get there. We are not the main players here, this is Indonesia’s crime scene. We will be there to assist Indonesia and to use this as an experience for future investigations,” he said.

SAC Narenasagaran said the team would focus on obtaining the dental record, DNA or fingerprints of the victims.