Pua, who is a member of the Public Accounts Committee (PAC), said instead of merely offering his verbal endorsement of the panel’s recommendation that the audit be carried out, the minister should take action by penning his request to the AG.

“Datuk Seri Liow must not stop at just giving a verbal endorsement of the PAC recommendations,” the Petaling Jaya Utara MP wrote in a statement here.

“As the Minister responsible for the civil aviation industry in Malaysia, he must ensure that the specific instruction to carry out the audit by the AG office is carried out.”

Pua also proposed that Liow draw up a timeline and action plan for the special audit, adding that it must also include a probe on the decision to locate klia2 at the “ill-suited” KLIA West, and the reason for choosing a satellite-type terminal instead of a finger pier terminal as proposed by the airport consultants.

In the PAC’s report tabled on November 26, the parliamentary panel had pressed the AG to carry out an audit of the klia2 project — including its planning, design and construction — and its operator Malaysia Airport Holdings Berhad (MAHB).

Shortly after, AG Tan Sri Ambrin Buang said he has to seek government approval to audit klia2 operator MAHB on the delayed completion of the airport at a higher final price tag of RM4 billion, instead of the initial RM1.7 billion.

Ambrin had said that MAHB is a public-listed company that was subject to the Securities Commission’s scrutiny in terms of corporate governance, while its accounts are already audited by the biggest private accounting firms in the country. 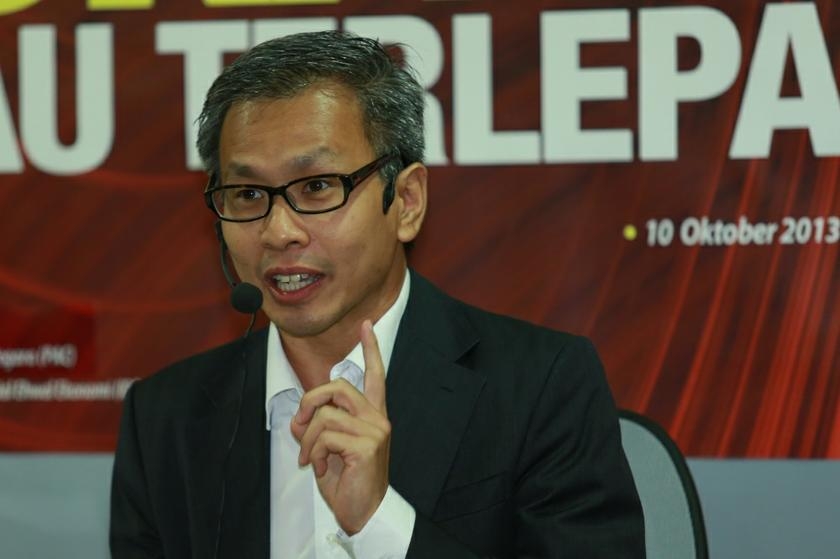 DAP lawmaker Tony Pua said instead of merely offering his verbal endorsement of the panel? recommendation that the audit be carried out, the transport minister should take action by penning his request to the AG. – Picture by Saw Siow Feng

“It took 6 weeks for the Minister to verbally endorse the recommendations, hence we certainly hope that it will not take an even longer time for him to deliver the instructions for the special audit by the AG,” Pua said, referring to Liow.

“However, if the audit fails to materialise, I am certain that he will be pilloried for being another Barisan Nasional Minister who is ‘no action, talk only’,” he added.