A PAS lawmaker today derided the Second Kuala Lumpur International Airport (klia2) as a low-value terminal after Putrajaya insisted there were no cost overruns in its construction despite its price tag nearly tripling from initial estimates. 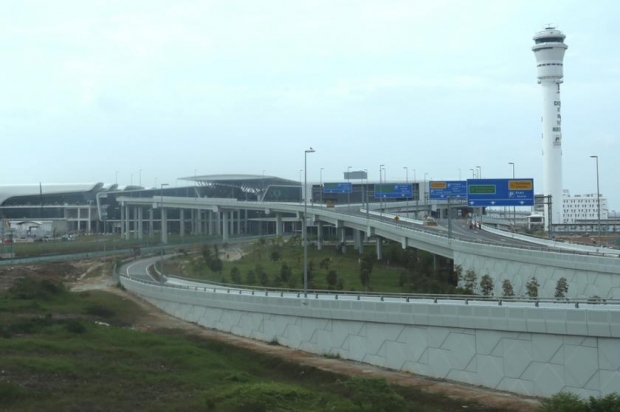 File picture showing the exterior of klia2 in Sepang.The cost for the airport that opened in May 2 last year was RM4 billion, which was estimated to be three times its initial cost. — Picture by Saw Siow Feng

“I assume that klia2 is not a low cost terminal but a low-value terminal as the value for money is low because of poor quality,” he said in a statement today, adding that the airport could have been built for the original price if recommendations by Dutch consultants hired in the preliminary stage had been followed.

“This shows a negligence in the design had happened even though the (airport) cost was already high,” he added.

The cost for the airport that opened in May 2 last year was RM4 billion, which was estimated to be three times its initial cost.

Raja Kamarul claimed that despite the huge cost to build the airport, there were still additional works still on-going at the airport.

In a written reply to Raub MP Datuk Mohd Ariff Sabri Abdul Aziz today, Liow had said the increase in costs was due to a new design concept for the airport.

Liow also said that the Malaysia Airports Holding Bhd was in negotiations with klia2 contractor JV UEM-Binapuri to discuss liquidated ascertained damages for the delays in completing the project.