DAP today labelled Datuk Seri Liow Tiong Lai the "most blinkered" transport minister for denying the massive cost overruns in the construction of budget terminal klia2, since the facts were clear that the project had cost far more than what was originally intended. 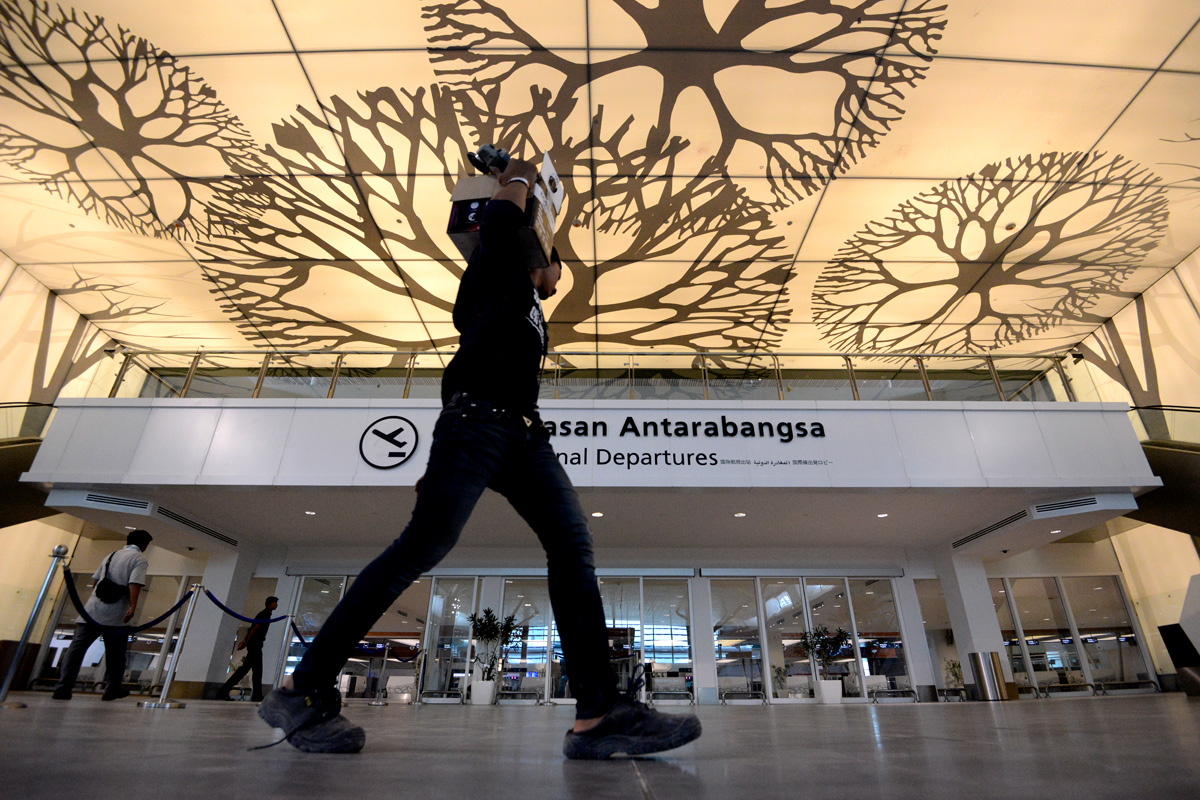 The budget for low-cost carrier terminal klia2 was only RM1.7 billion when it was first announced. But that figure has ballooned, says DAP national publicity chief Tony Pua. – The Malaysian Insider file pic, May 20, 2015.

DAP national publicity chief Tony Pua said the initial budget for the airport to service low-cost carriers was only RM1.7 billion when it was first announced by former minister Datuk Seri Ong Tee Keat in 2007.

The budget was subsequently increased to RM2 billion in March 2009, and RM2.5 billion in October 2010.

Malaysia Airports Holdings Bhd (MAHB), which managed klia2, then shocked Malaysians by disclosing that the cost of the new airport had ballooned to RM3.9 billion due to cost overruns in November 2011, Pua said.

And, in October 2012, Parliament was told that the cost was increased to RM4 billion.

Pua added that these findings were then investigated and confirmed by the Public Accounts Committee (PAC).

"The report on the RM4 billion ringgit klia2 scandal had found many suspicious and controversial decisions by MAHB.

"Not only the cost of the airport more than doubled the original budget of RM1.7 billion, it was delayed multiple times by more than two years," Pua said.

He added that the findings also included the decision to locate klia2 west of the Kuala Lumpur International Airport which ended up being more costly and ill-suited for the airport's construction, and had contributed to the massive cost overruns.

But Pua said that Liow instead chose to pretend none of these happened and continued to deny the obvious.

"Liow chose to pretend that none of the above findings existed and continued to deny the obvious, like a blinkered horse, claiming that any increase in cost was due to 'additional scope'.

"In fact, he should be held in contempt of PAC findings because he has stubbornly refused to accept the parliamentary committee’s primary recommendation, for the ministry to instruct the Auditor-General to carry out a thorough and complete audit of the klia2 project," Pua said in a statement today.

Pua reminded Liow, who is also MCA president, that he had previously supported the PAC's recommendations in January.

The minister's latest denial on cost overruns now made his earlier support an "empty promise" to deflect criticism at the time, Pua, who is Petaling Jaya Utara MP, said.

"The current MCA president, however, lacks any authority, courage and backbone to do the right thing and ensure that those accountable for the RM4 billion klia2 fiasco are punished to ensure that such transgressions are never repeated.

"Instead, Datuk Seri Liow has become the most hopeless transport minister ever by backing and defending the culprits who caused substantial losses to Malaysian taxpayers," Pua said, adding that Liow was worse than his predecessor, Ong.

Ong at least had the courage to call for an independent audit by PriceWaterhouse Coopers (PwC) on the RM12.5 billion Port Klang Free Zone scandal, Pua said.

Liow yesterday said there had been no cost overruns in building klia2, adding that the spike from RM1.7 billion to RM4 billion was due to the new design concept for the airport, which opened in May last year.

"The cost of the project increased because of an additional scope due to the new design concept for klia2, or the specific needs of the stakeholders like airlines and the government," he had said in a written reply in the Dewan Rakyat. – May 20, 2015.