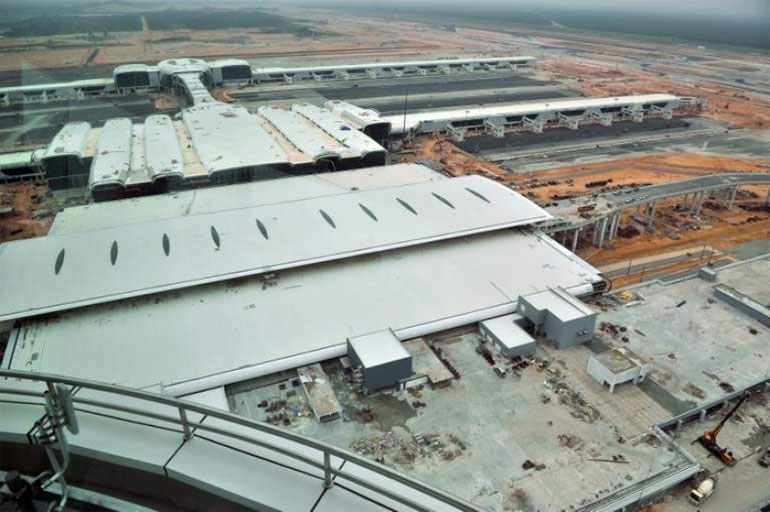 Public Accounts Committee (PAC) questioned today the RM100 million bill footed by Putrajaya to link the KLIA to the new klia2 as it should have been borne by main constructor Malaysia Airports Holdings Bhd (MAHB) instead of taxpayers. A view of the under-construction klia2 taken in Sepang on July 5, 2013. — AFP pic

According to the PAC, the cost should have been borne by main constructor Malaysia Airports Holdings Bhd (MAHB) instead of taxpayers, as the extension is enclosed in the airport’s compound.

In addition, passengers will also pay an additional charge to connect between the airports using the KLIA Express service.

“PAC asked about the ERL connecting KLIA and klia2, although the distance was only 1km, the cost was RM100 million and passengers are still charged,” PAC chairman Datuk Nur Jazlan Mohamed told reporters here.

“We would like to ask the rationale in paying for the extension, it should have been included in the project cost since it is in the same area.”

The query was directed to budget carrier AirAsia Bhd in the parliamentary committee’s continuing probe into the problems that delayed the construction of the airport and led to construction costs to spiral.

Passengers will have to pay RM2 for the connection between the two terminals in a trip that takes around three minutes.

ERL Sdn Bhd operates the non-stop KLIA Express link, which connects KL Sentral to klia2 with a 33-minute trip, at the frequency rate of 15 minutes during peak hours.

It also operates KLIA Transit, a 39-minute trip which stops at four stations along the way, with the frequency rate of 20 minutes during peak hours.

A direct one-way trip from KL Sentral to KLIA or klia2 costs the same: RM35 per person.