Stressing that the project was on track to meet its May 2 completion deadline, he rejected allegations that 65% of the main terminal did not comply with fire and safety standards.

“We have based the benchmark on safety on international standards. There are claims of a lot of problems with the airport but when I see with my own eyes, the system has been tested and proven to be fully-functional,” he said after an inspection yesterday at the klia2 site here.

Accompanying the minister were Fire and Rescue Department and safety officials.

The klia2 project has missed several deadlines for opening since September 2011, with the last scheduled one on April 30 also deferred.

Speculation on another possible delay arose on Tuesday when Malaysia Airports Holdings Bhd reportedly failed to receive the certificate of completion and compliance (CCC) from main contractor UEMC-Binapuri for the klia2 terminal building. 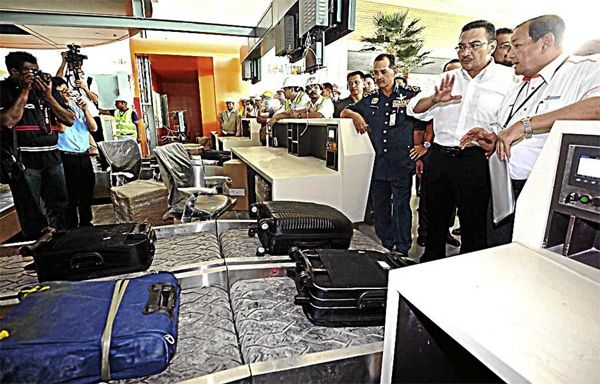 Hishammuddin said there were only minor issues, such as on drainage and sewage, which he said would be addressed by the relevant authorities.

“The aim of my inspection is to find and rectify weaknesses and remove obstacles with the cooperation of the relevant agencies.

“I have told the consultants to submit a summary within two days on what needs to be done to resolve the problems,” he said.

On what percentage of the project had been completed, Hishammuddin said: “That is not important as we want to tell the people that everything is going smoothly as planned.”

He reiterated that the klia2 project would not be delayed again as all parties were cooperating with the ministry.

“It should not be about when we get the CCC but the most important thing is not to compromise on safety and to meet the deadline,” he said.