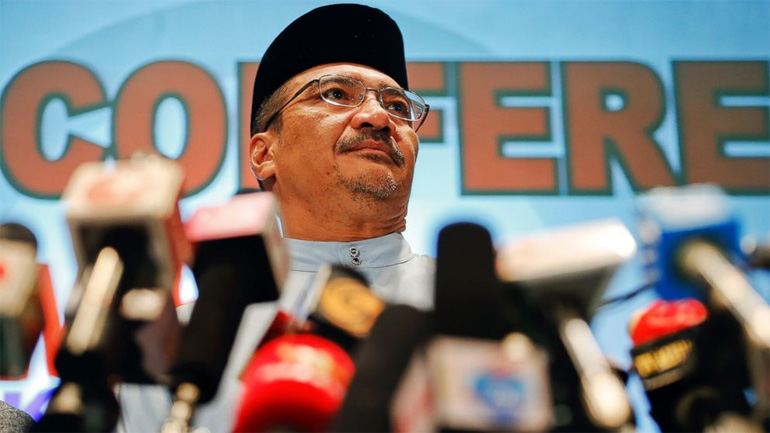 "It will take three weeks for them to conduct the review and they will be providing us with suggestions on areas that are to be improved on especially in terms of safety aspects of the new airport as this is something we will not compromise on", he said.

He said ICAO and Ikram will monitor and assess klia2 in terms of safety of the apron, taxiway, runway, and terminal.

Hishammuddin said the ICAO was previously invited in April to evaluate the safety of the newly built airport that has replaced the Low Cost Carrier Terminal (LCCT).

In the report Hishammuddin said ICAO had deemed the terminal to be structurally in compliance with its requirements and safety standards.

“Let the experts look at it and if they have suggestions then let us see what needs to be done and this is something that we are not looking at lightly", he said.

On the operations of klia2, he said operations have been running smoothly since the opening on May 2 and the check-in system, baggage handling system, gate allocation system and aerobridges have been working efficiently.

"I am proud to see it fully operational and despite many who thought that the opening was not possible, we have done it and it was smooth.

"The feedback from the public has also been good and positive and we are constantly listening.

The feedback that we receive from the people and stakeholders are important because it helps to make it better as we move forward," Hishammuddin said.

The daily passenger traffic averagr is about 60,000 passengers.

Meanwhile, on the issue pertaining to the RM3 levy charged by AirAsia to its domestic and international passengers, he reiterated that it was a commercial decision made by the airline.

"I have answered that (previously) and I said that at the end of the day, it is a commercial decision and any dissatisfaction it iss up to AirAsia to respond," Hishammuddin said.

The low cost airline's decision to charge RM3 per passenger as a "klia2 fee" had come under scrutiny.

AirAsia had responded by saying the fee was to offset the incremental cost incurred by the airline to operate from the new airport including the use of mandatory facilities such as the Sita check-in facilities, aerobridges, departure gate systems, in addition to related operational costs.