STRATEGIC MOVE: Opening of klia2 is the start of Malaysia’s journey to become a global aviation hub. 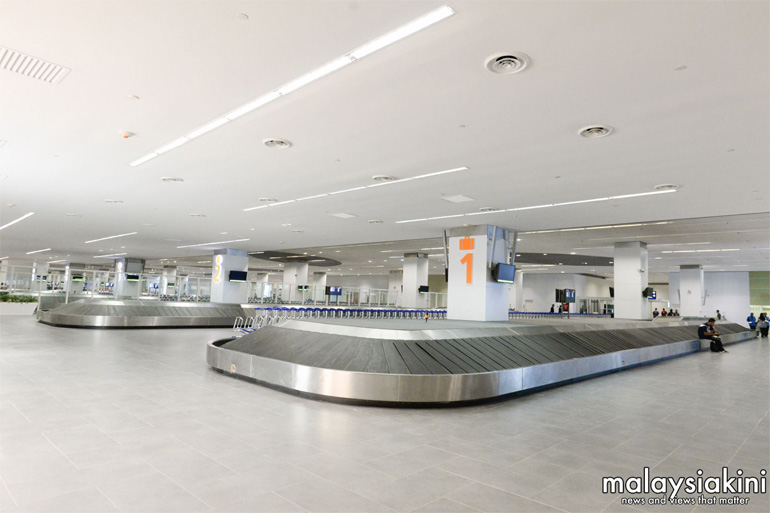 The massive RM4 billion airport, with the size of 24 football fields, can be considered as a truly Malaysian airport as it is successfully built by a local company which has immense experience in airport operations management, Malaysia Airports Holdings Bhd (MAHB).

At the stroke of midnight, the new bloke in town Malindo Airways (Malindo Air) made the country proud as its Boeing 737-900ER flight OD1027 from Kota Kinabalu touched down on the new 4km runway 3 at klia2.

The next flights that follow suit were Indonesia's Lion Air arrival from Jakarta and Philippines' Cebu Pacific from Manila.

Cebu Pacific became the first airline to depart from klia2 back to Manila at 1.20am today.

The new pride and joy of Malaysia, klia2 is destined to be one of the main drivers in the evolving and dynamic global aviation industry in Asean.

Its opening, not only dubbed as the right time in lieu of Visit Malaysia Year 2014, but also marks as a strategic move by the country to become one of the global aviation hub and to offer our famous “Selamat Datang” welcome to passengers worldwide.

According to the International Air Transport Association (IATA), Malaysia is among the fastest growing markets for international passenger traffic followed by Sri Lanka. Top of the list is China, followed by United Arab Emirates and Vietnam.

The huge size of klia2, with the size of at least 257,000 square meters (sqm) is able to handle up to 45 million passengers annually. It is also equipped with 60 gates, 8 remote stands, 80 aero-bridges, a third runway as well as a new air traffic control tower dubbed as Tower West.

It also has a built-in retail space of 32,000 sqm, which accommodates 225 retail outlets. That will surely keep the passengers lingering around in the airport to enjoy the services available and to shop.

The modern infrastructure and facilities offered are for the safety and comfort of passengers compared with the bus-station-like low-cost carrier terminal (LCCT), which was forever packed with people.

klia2 is also built as a platform to help local-based airlines such as AirAsia, AirAsia X and Malindo Air grow as airlines, which are one of the key drivers in the aviation industry to bring in passengers into the country.

Of course, most Malaysians and also those who are in tune with the developments of klia2 would most probably let out the 'a-ha' relief after learning that klia2 is finally opened today.

The new airport has gone through a lot of hiccups, or perhaps a series of unfortunate events that lead to its successful grand opening today.

First up there was the issue on the changes of scope of work which involves the terminal size, number of aerobridges and baggage handling systems, to name a few, which resulted in several delays on the opening since 2009.

Then the drama between MAHB and klia2's anchor tenant, AirAsia Bhd. The latter had made displeasure loud and clear earlier this month that they would not move to their “new home” as long as the safety issues were not addressed.

Although MAHB has been adamant that the airport is safe to be used, the Government chose Ikram Premier Consulting Sdn Bhd as an independent consultant to objectively view the safety and security aspects of the airport.

The Government has also called on the International Civil Aviation Organisation (ICAO) to inspect klia2, thus making it the first airport in the world to be inspected and certified safe by the international aviation body.

To make a long story short, the good news is AirAsia and its sister company AirAsia X Bhd have finally agreed to move to klia2 a couple of weeks ago.

Of course, nothing is perfect in this world. Such is life. But all drama and negativity aside, the final completion and opening of klia2 should be celebrated as a historic moment not only for our country, but for us as Malaysians.