The operations of klia2 last night have taken off without any major glitch with the arrival of first aircraft Malindo Air flight OD1027 as scheduled.

Deputy Transport Minister Datuk Abdul Aziz Kaprawi said it was a historical moment for the nation when klia2 opened its door. 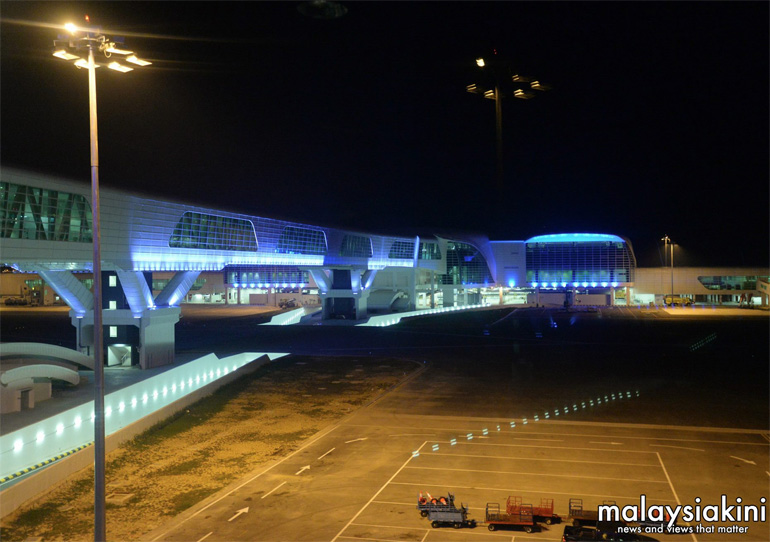 "Everything runs very smoothly…We are proud with klia2 as the national icon," Abdul Aziz told reporters after welcoming the passengers arriving from Kota Kinabalu on flight OD1027.

Teoh, who was returning to KL following a business trip in Kota Kinabalu was pleasantly surprised to find out his was the first flight to land at the new terminal.

"We were informed beforehand that the plane would land at klia2 and not LCCT, but I was not aware that it was also the first flight to do so," he told reporters.

He said the flight had actually reached the KL airspace before midnight but had circled the air for nearly 20 mins so that it could land after midnight on May 2.

"This is the best (low-cost airport) in the region…and I am sure more low cost airlines being set up, they will be interested to use klia2," he said, adding that security at the new airport was as secured as an airport should be.

On the delay departure of Cebu Pacific flight 5J502 to Manila, Bashir said the delay happened because it arrived in klia2 later than the scheduled time at1.20am.

It was later announced that the Cebu Pacific flight to Manila would only depart at 3.15am.