AirAsia and its founder Tony Fernandes are probably content now that Ahmad Bashir has stepped down as managing director of Malaysia Airports Holdings Bhd (MAHB). 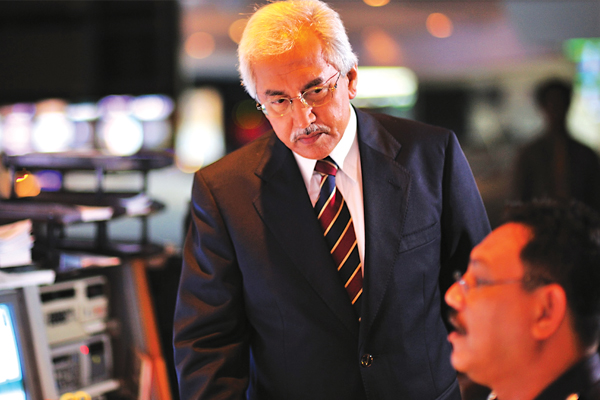 Some even believe the outspoken and influential Mr Fernandes had a hand in denying a contract renewal for Bashir, though the latter maintains he had been wanting to step down for more than a year.

It is a fact, though, that Fernandes and AirAsia have been the most vocal critics of Malaysia’s largest airport operator, and the two organisations have had an acrimonious relationship.

On June 6, Bashir completed 11 years at MAHB, an organisation he had helped grow into a large corporation, from a company shunned by investors to a favourite aviation play; its share price rose from 1.50 to 7.70 ringgit during his tenure.

He will be succeeded at MAHB by Badlisham Ghazali on June 23. In the interim the management committee will oversee day-to-day operations, and Bashir remains an adviser to the organisation.

MAHB made a good move to keep Bashir on to take advantage of his talent and expertise. His resume also includes 29 years with Malaysia Airlines in various senior positions, and a spell as aviation adviser to the Transport Minister.

“It would be silly to let a talent go by when Malaysia has an agency trying to get its talent back from overseas,” said an aviation expert who asked to remain anonymous.

Surprisingly, even Fernandes, who has steered AirAsia since 2001 and created a regional budget behemoth, had some kind words for Bashir. He reminisced about the good old days the two men enjoyed, from field hockey to Wimbledon, to the days when Bashir was an adviser to the transport minister and his early days running the airport operator.

He recalled how Bashir took him around Kuala Lumpur International Airport (LLIA) top show him sites for a low-cost carrier terminal when it became clear that the Subang base would not work because AirAsia was growing so quickly.

“We thank Bashir for his help as the father of the LCCT and for helping us when he was aviation adviser to the Transport Ministry. [Personally] we have known each other for a long time from hockey to watching Wimbledon together,” Fernandes was quoted as saying.

However, he went on to detail AirAsia’s main beef with MAHB and its handling of the new, expensive and long-overdue budget terminal, klia2. “Unlike LCCT, klia2 did not have the same system of collaboration and that caused tension between the two of us. We wanted and were promised a simple terminal with low cost and a low airport tax.”

But he ended on a conciliatory note saying, “That’s history now and we will adapt and do our best. We wish Bashir the best of luck and we will have fond memories of the early days before he got too many management advisers.”

Some experts believe the real cause of dispute over klia2 was the frustration of AirAsia over not being able to build its own terminal. A few years ago, Fernandes floated a plan to build a private air terminal in Labu, in Negeri Sembilan, which he said would cost less than 2 billion ringgit. The land he had in mind was owned by Sime Darby, which would have been a joint-venture partner.

However, that plan was scrapped in 2009 by Najib Razak, the deputy premier at the time and prime minister today.

When the cabinet decided that MAHB should build klia2 as an extension of KLIA, MABH set aside 2 billion ringgit for a two-storey budget terminal that could accommodate up to 30 million passengers a year. It was to have opened by the end of 2011.

But just as building got under way, AirAsia released projections that made MAHB reconsider klia2 as it realised a capacity of 30 million was not enough. The government also decided that it wanted to separate departures from arrivals.

AirAsia then reportedly started raising its demands, from a baggage system of its choice, to asking for a spa and even a museum. Publicly, it claimed all it wanted was a “simple” airport, perhaps hoping it would look less like the LCCT which had been derided as a charmless “warehouse”.

But to MAHB a bigger airport and a more comfortable one would be ideal. So both these parties had their own ideas to what a future airport should be.

MAHB’s thinking was a bit different, as it wanted to build a bigger and more comfortable airport. AirAsia’s fear was that a bigger airport would mean a higher passenger service charges (PSC) and a higher cost of travel. But the government had already said there would be no PSC hike although MAHB requested one.

Finally, just days before klia2 opened its doors earlier this year, AirAsia raised concerns about safety and security and declined to move to the new airport where eight other regional and local budget airlines had signed on. It did eventually but not before the government hired the International Civil Aviation Organisation (ICAO) and a consultant to assess the safety of the klia2 apron, taxiway, runway and terminal.

In the new Badlisham era, will the disputes with AirAsia taper off?

Badlisham is currently the CEO of Multimedia Development Corp (MDeC), and dealing with Fernandes and AirAsia is not going to be easy. Despite that, he says he will draw on his experience in other organisations to add value for MAHB’s clients.

“Every organisation has to deal with its clients. Constant engagement is what I look forward to understanding some of the issues and looking for a win-win scenario,” he was quoted as saying.

“We used to work with regulators and government agencies in implementing services and we will look at how to add value for clients instead of asking them to comply with us.’’

This must be some comfort to Fernandes. But Badlisham also has big shoes to fill as Bashir has done a splendid job by taking MAHB to greater heights. The question is how much more value can Badlisham add.

“All these, together with the restructuring exercise in 2009, had enabled MAHB to become financially strong, with an ‘AAA’ rating from RAM Ratings,” MAHB says, adding that its profits have benefited shareholders as well as staff.

MAHB’s financials have been stellar. For its first quarter ended March 31 this year, it earned net profits of 128.7 million ringgit from RM781.1 million in sales. In contrast to a year ago, net profits were up marginally, around 2%, despite revenue sliding by almost 24%.

Whether there are better times ahead or more criticism from some “clients” remains to be seen. Fernandes says, “No hard feelings. We had to do our job and we will fight for what we think is right, though the disagreement over the new terminal is nothing personal.”