Malaysia Airlines (MAS), AirAsia, AirAsia X and Malindo Air are expected to continue increasing capacity this year, especially with the opening of the klia2 in May, said Hong Leong Investment Bank (HLIB) Research. 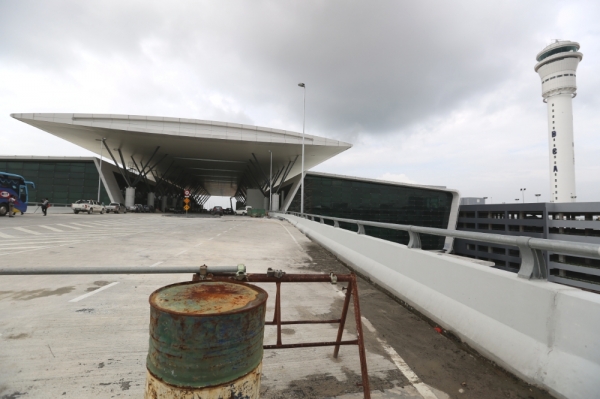 Construction at the low-cost carrier terminal klia2 in Sepang is shown in progress on January 7, 2014. – Picture by Saw Siow Feng

The research house estimated the overall seats capacity to increase conservatively by 11.3 per cent in 2014, with larger growth on the long-haul flights driven by AirAsia X.

“AirAsia X and Malindo Air are expected to be aggressive in their capacity expansion in 2014,” it added in a research note here today.

HLIB Research said AirAsia is likely to increase capacity marginally in Malaysia, but there may be strong capacity growth by its regional joint ventures or associates into the country.

MAS, despite its lower number of aircraft and seats is expected to sweat its assets further to increase capacity through a higher aircraft utilisation rate.

According to HLIB Research, demand for air travel from locals could be affected by the higher cost of living sentiments, and hence, the airlines are expected to price their products competitively.

Strategies like cheap tickets are imminent to induce locals to continue travelling, it said.

“As all the airlines including MAS are employing a similar strategy of an active load factor and passive yield, competition among domestic airlines will see depressed yields in 2014,” it added.

Malaysia Airports Holdings Bhd (MAHB) will in the end, clearly be the beneficiary from strong capacity growth of the airlines and higher passenger movement, as well as the Visit Malaysia Year 2014 campaign.

HLIB Research expressed the belief that the airlines will attempt to strengthen their own market share ahead of the implementation of the Asean Open Sky market in 2015.

It maintained a “neutral” call on the sector, with a recommended “buy” on MAHB, while maintaining a “hold” on AirAsia, for higher target prices of RM9.75 and RM2.45 respectively. – Bernama