AirAsia Bhd expects to move into klia2 in either October or November this year, according to an analyst report. 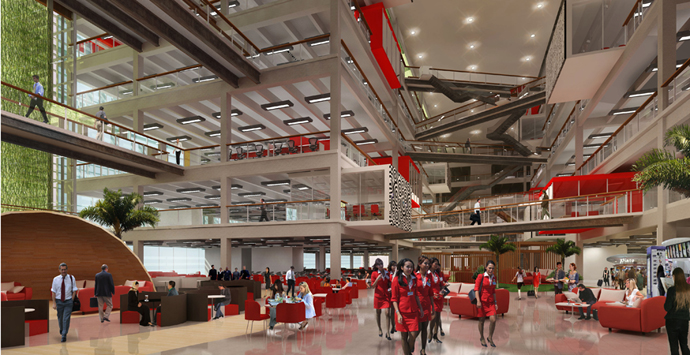 Alliance Research said the airline’s management had provided guidance that the delay in moving into klia2 would have minimal impact on AirAsia’s growth plans and unit cost.

The Transport Ministry has thus far stuck to its May 2, 2014 deadline for klia2 to start operations.

"Encouragingly it guided that yields should rise by at least 5-6% once it moves into klia2, as the latter would provide a better travelling experiene and comfort for passengers," the research house said.

Alliance Research has downgraded its call on AirAsia’s stock as it sees limited upside potential in the near-term as adverse forex movements and yield compression are likely to dampen its earnings.

Re-rating catalysts for its recommendation includes: earlier than expected recovery in yields, and favourable forex movements.

The research house has a target price of RM2.41 for the airline’s shares.

Meanwhile MIDF Research said AirAsia plans to adopt a more conservative stance in fleet expansion in FY14. AirAsia will only see a net growth of four aircraft as compared to eight in FY13. It seeks to replace six of its older fleet for sale which is expected to contribute a one-off disposal gain of US$130 million, while swapping four old aircraft to its India operation. AirAsia Thailand will see a net flet growth of eight planes from the current 35.

AirAsia Indonesia will not receive any new plane due to uncertainty arising from the presidential election.

"We foresee more manageable competition in the domestic market in FY14 due to more rational capacity expansion. The fierce competition and devaluation of the rupiah is likely to erode the funding power of the parent of Malindo Air. MAA slightly reduced the frequency of certain intensive routes like KL-Kota Kinabalu and KL-Kuching. The opening of six new direct local-routes which are not operated by other airlines is expected to give a hand to the domestic yield recovery," it said.

The research house has a buy call on the stock with its target price set at RM3.47.

AirAsia announced a 54% drop in net profit for the year ended Dec 31, 2013 at RM364.07 million for the period compared to RM789.6 million on foreign exchange losses and lower profits from its associates, in particular AirAsia Thailand.