Bina Puri Holdings Bhd is hoping that the talks between Malaysia Airports Holdings Bhd (MAHB) and the UEM-Bina Puri joint venture would end “amicably”, as the liquidated and ascertained damages (LAD) that MAHB imposed on the klia2 main contractor has not been resolved.

Airport operator MAHB had invoked the LAD more than a year ago when the completion of the low cost terminal was delayed.

The UEM-Bina Puri JV, as the main contractor, had then responded with an appeal against the LAD, claiming that “based on the terms and conditions of the contract, the contractor could appeal for an extension of time to finish up the work, as there had been many last-minute requests and additional changes made by stakeholders”.

Although klia2 has been in operations since May this year, group executive director Matthew Tee said the LAD issue had not been resolved yet.

“We are in regular talks with MAHB on this and we hope we can reach an amicable settlement,” he told StarBiz.

He noted that UEM-Bina Puri was not the only contractor that fell behind the original schedule as they were only building the main and satellite terminals, claiming the runway and taxiway were not completed according to schedule too.

The LAD imposed would require UEM-Bina Puri to pay a monthly RM6mil fine, amounting to over RM60mil. The JV’s work totalled about RM1.15bil out of the RM4bil projected cost of klia2. 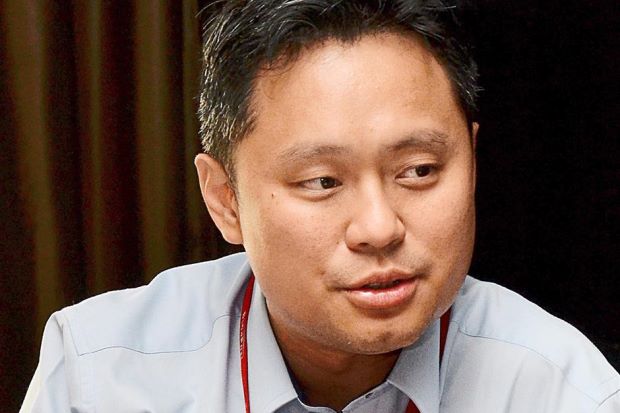 On other matters, Tee said the group had been consistently securing an average of RM1bil of projects annually.

“We are tendering for a few projects but we are not doing it blindly. We can’t say which have the most potential for us to win as a lot of the times, what we thought we stand the most chance, we don’t get but what we don’t expect to win, we end up with a pleasant surprise. “So far this year, we have secured RM529mil worth of projects, which means we still have the capacity to take on more,” Tee said, adding that the group has been achieving an average of RM1bil in turnover per year since 2010.

Of that RM529mil, RM248mil worth of projects are domestic projects.

As at June 2014, the group had on-going construction projects totalling RM3.6bil in value, with an outstanding order book of RM2.1bil (which is 58% of its total order book). Geographically, 44% of its on-going projects are in Peninsular Malaysia, 41% in Sabah and Sarawak and the remaining 15% overseas.

“We have to recognise that with the current government support, it is a boom period for the construction sector now. The sector has hit its historic high since the country’s independence,” he added.