AirAsia has been told to explain the RM3 fee it is imposing on passengers by billing it as "Kuala Lumpur International Airport 2 fee". 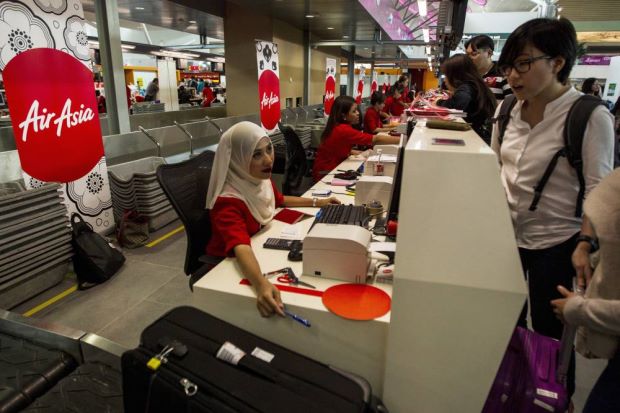 AirAsia has been told to explain the RM3 fee

Acting Transport Minister Datuk Seri Hishammuddin Hussein said he was aware of the RM3 "klia2 fee" charged by AirAsia and understood it was a commercial decision made by the airline.

"For the sake of rakyat (people), AirAsia should make public the reasons behind imposing such a fee," he said in his tweet, @H2OComms, yesterday.

Earlier, Malaysia Airports Holdings Berhad (MAHB) issued a statement, in which it made clear that AirAsia should explain the additional RM3 fee it was charging the public.

"We have received inquiries from the public on the RM3, labelled as klia2 fee, included in AirAsia ticket price. We have highlighted to AirAsia to explain this. There is no charge such as klia2 fee by the airport. The airport charges are standard and applicable to all airlines at our airports," said MAHB senior general manager Datuk Azmi Murad.

He said the only fees passengers were charged were the RM6 airport tax levied on every domestic passenger and RM32 for international flights.

"The aero-bridge fee we impose is chargeable to an airline only if it wishes to use the facility at RM85 per docking for three hours," he said, adding that it was applicable to all operating airlines at klia2.

Yesterday, AirAsia passengers who booked their tickets had an extra item in their booking details listed as "klia2 fee".

The fee was said to cater to the cost of using aero-bridges and check-in facilities at klia2.

Earlier, at a press conference, AirAsia X and AirAsia chief executive officers Azran Osman-Rani and Aireen Omar, respectively, said the klia2 fee was imposed due to mandatory charges by the airport authorities.

"The RM3 is for the use of aero-bridges as well as the SITA check-in systems provided by the airport," said Azran.

Checks showed that other airlines operating at the same airport did not impose the RM3 fee.

AirAsia started full operations at klia2 yesterday with the first flight, AK122, from Kuala Lumpur to Guangzhou, China, at 5.35am.

Meanwhile, an MAHB statement indicated the arrival of AirAsia at klia2 had led to a significant rise in passenger and flight movements at the airport.

"Malaysia Airports continues to work closely with all airlines, particularly AirAsia, on their migration to address teething problems that arose.

"The first wave of the peak hours from 5am to 8am this morning was handled well by both the airport and airlines. The core operational systems ran smoothly. However, there is still a need to fine-tune some of the processes."

"Both parties were focused on improving the passenger experience. Among the processes to be fine-tuned are delivery time for baggage reclaim, check-in queue management, security and customs clearance, toilet cleanliness, signages, communication and ground handling resources," the statement said.

"Both parties have agreed to work on these together in the quickest time possible to minimise inconvenience to passengers." Additonal reporting by Teoh Pei Ying