MAHB senior general manager (operations services) Datuk Azmi Murad had told state news agency Bernama that the low-cost carrier wanted a museum and a spa in the RM4 billion terminal, due to open on May 2. 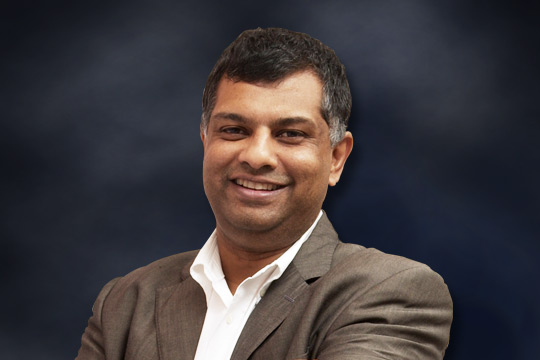 "I have seen many funny stories, but this takes the cake. A museum and a spa. Aware of the museum. An idea to get kids interested in aviation. Spa not aware," Fernandes said in comments written in The Malaysian Insider today.

"But the main point is we wanted a low cost terminal and safe and secure terminal. All we wanted was a terminal which would make it cheap for consumers and on time. MAB HAVE FAILED ON BOTH," he added.

"It took us two months to do it before in LCCT. We need more time. I find it hard to believe that an airport that has delayed a terminal by three years and cost increase from (RM) 2 billion to 4 billion has so much credibility.

"We will put out a clear statement. Moving has never been in question, just timing and ensuring people can afford this terminal which was supposed to be low cost," the aviation tycoon said.

AirAsia had earlier said the budget carrier and its sister long-haul airline AirAsia X will not move into klia2 when it opens on May 2, but Putrajaya has given a May 9 deadline, saying it will close the Low Cost Carrier Terminal (LCCT) on that day.

"We will move. All we are asking for is a delay. So everything is checked and through. Up to this day the CCC is not out," Fernandes said, referring to the certificate of completion and compliance (CCC).

MAHB said in February that it had failed to receive the CCC for the klia2 terminal building, which had been scheduled for January 31, from main contractors UEMC-Bina Puri, raising concerns that there would be further delays to the airport project.

Azmi told Bernama that MAHB had complied with almost everything requested by AirAsia for it to operate from the new low-cost carrier terminal, klia2.

He said the low-cost carrier – which has expressed reservations about moving to klia2 and citing several concerns including security – is set to be the biggest gainer by operating from the new airport.

Azmi said that the transfer to klia2 has been agreed to by all parties, including the Department of Immigration, the Royal Malaysian Customs, the police and the health authorities.

AirAsia is expected to utilise 80% of the new low-cost airport located in Sepang.

Azmi said that MAHB has run the Operational Readiness and Airport Transfer (ORAT), which is a trial to simulate functionality and operational aspects, since early February, and said that "we are very satisfied".

He said klia2, which can handle about 45 million passengers a year and certified by the Department of Civil Aviation (DCA), was "not a low-cost terminal, but the airlines that utilise it are low-cost".

On the concerns raised by AirAsia over the security at klia2, Azmi said the klia2 was more secure than the current LCCT as it would implement a commonly-used passenger processing system by Sita – the world's leading service-provider of integrated IT business solutions.

He said it was AirAsia which refused to use the Sita system, commonly used by airport operators and preferred by all airlines, as it was insisting on using the manual check-in system.

"We cannot compare klia2 with what is being used to operate at LCCT, as the the current low cost terminal is a totally manual airport, where airport management is done in a traditional manner.

"But given the voluminous passenger capacity expected to be handled by klia2, it is just impossible to operate manually like before," he said, adding that the Sita system provided convenience in terms of business continuity and flexibility for the counters in klia2.

Regarding the aerobridges which AirAsia contended were a waste of money, Azmi said aerobridges were important for passengers – especially those who were physically challenged, senior citizens, and mothers with infants and small children.

It would also be extremely useful during bad weather conditions such as heavy rain or when there is sweltering heat, he said.

He said the current charges to the airline for the use of the aerobridge stands at RM85.00 per usage. Based on a full A320 aircraft carrying 180 passengers for both arriving and departing flights, the cost of using the aerobridge works out to be less than 25 sen per passenger.

This makes MAHB's charges for the aerobridge among the lowest in the region, he further explained.