Pakatan Rakyat (PR) lawmakers cast another spotlight today on the host of uncertainties surrounding the final cost and completion date of klia2, which has been delayed “indefinitely” this time, after being postponed at least eight times since 2009. 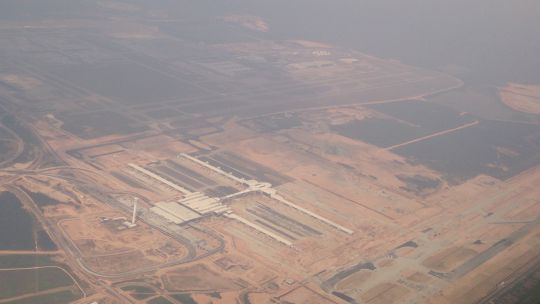 An aerial view of klia2 that was photographed in the first week of May this year.

DAP’s Petaling Jaya Utara MP Tony Pua and PKR’s Lembah Pantai MP Nurul Izzah Anwar said the entire project was being run by an “incompetent team of liars” whom they accused of conveniently changing their tune before and after the May 5 polls to “save Najib’s face”.

The duo listed four demands on Prime Minister Datuk Seri Najib Razak and his new government, including the final bill from Malaysia Airports Holdings Bhd (MAHB) for the cost of klia2, the true deadline for the project, a meeting with the new acting Transport Minister Datuk Seri Hishammuddin Hussein and an independent audit on the entire project.

“We have our doubts whether the airport can even be completed by the end of this year. We wouldn’t be surprised if it only gets launched on June 28, 2014 – the 16th anniversary of KLIA – instead of the missed deadline on June 28 this year, the 15th anniversary,” Pua said.

At the press conference, the lawmakers showed photographs of the airport site in Sepang taken in the first week of May this year, a little under a week before polls were held, which appeared to show that the project was still far from completion.

Najib had announced in January this year that the klia2 terminal would be completed by May but this was subsequently delayed to June 28.

Pua and Nurul Izzah had railed against the delay during a March 11 press conference before the polls and, like today, had also provided photographs showing that the new low-cost carrier terminal was unlikely to meet even the June 28 deadline.

In a filing to Bursa Malaysia two days after the May 5 election, MAHB admitted that contractors were unlikely to make the June 28 deadline. On May 9, MAHB chief financial officer Faizal Mansor told national news agency Bernama that the deadline would be pushed back indefinitely.

Pua and Nurul Izzah flayed MAHB today for the perpetual delays to the date of the airport’s completion, noting that as a company listed on the stock exchange, it should provide accurate information to the investing public.

“They can be sued for misleading the public, who are trading on the shares of MAHB,” Pua pointed out. 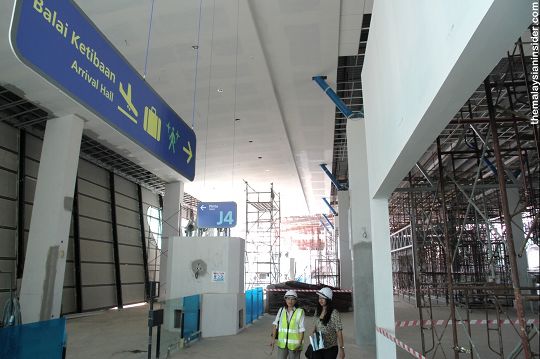 File photo of the interior of klia2 as seen while currently under construction.Adding to the uncertainties surrounding the project, the lawmaker pointed to the perpetual increase in estimated cost as announced over the years by MAHB and the ministry.

The latest estimate, Pua said, came from AirAsia CEO Tan Sri Tony Fernandes, whom he said had speculated that the cost for klia2 would eventually inflate to a staggering RM5 billion.

“We believe he won’t be too far off the mark, given that the deadline now is indefinite and the delay will be for at least an additional six months,” Pua said.

In a Bernama report on May 9, RHB Research analyst Ahmad Maghfur Usman said that the delay to the airport’s completion date would likely go on for as long as six months.

“Even if the new terminal can be completed by September after a two-month delay, MAHB would still need to carry out operational trial runs, that may require at least four months,” he was quoted saying.

“Our reputation is at stake here,” Nurul Izzah said. “It is important that the MAHB and the ministry, and also the PM responds… because he gave us the assurance (on the completion date) and we are not satisfied with this continuing culture of political dishonesty.”

The PR lawmakers also demanded answers to questions they have been posing to the ministry since 2011 regarding the sudden decision to switch the site of klia2.

“They have ignored our request for answers, sidestepped it, just saying that now, we have a new masterplan,” he said.

Some 10 airlines have committed to operate from the new klia2, which was mooted to cater to the growth in demands for low-cost travel.

klia2, which is expected to cater to 45 million passengers per annum, will have a new 60 gates, eight remote stands and 80 aerobridges, and a 32,000 square metre retail space with 225 outlets.