Prime Minister Datuk Seri Najib Razak today announced that the new low-cost airport, dubbed klia2, will be launched on June 28 this year, co-inciding with the launch date of the Kuala Lumpur International Airport (KLIA) in 1998.

The premier said the airport was scheduled to be ready by May this year, but the operations would not be rushed as there were some teething issues to be solved before its opening.

"We should go through some of the teething problems with the new terminal and once it is ready, then klia2 will be fully operational.

"As a target, I have decided that it should co-incide with the date of the opening of KLIA. Hopefully, I will have the opportunity to open klia2 on June 28," he said. 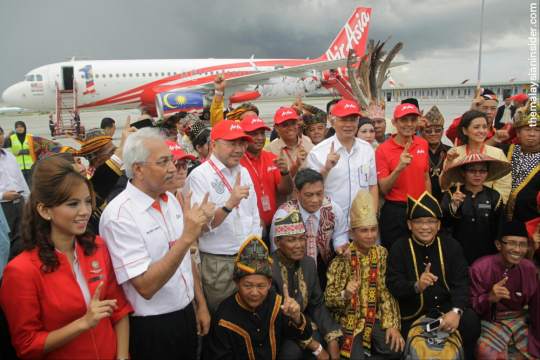 Najib (centre) at the launching of the 1 Malaysia AirAsia aircraft livery at the LCCT in Sepang on January 5, 2013.

Najib said this at the launching of a specially designed 1Malaysia AirAsia aircraft livery to commemorate the start of 1Malaysia Integration Programme with AirAsia at the LCCT (Low-Cost Carrier Terminal) here today.

Bashir said MAHB welcomed the prime minister’s decision not to rush the opening of the klia2 and to coincide it with the opening date of KLIA. 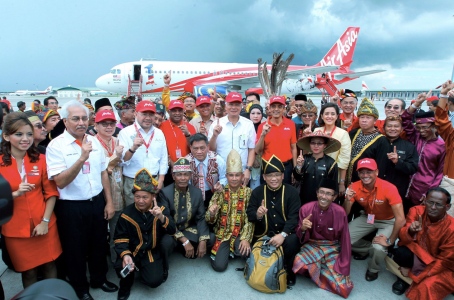 Prime Minister Datuk Seri Najib Razak is in the middle

He said all issues pertaining to the new airport were expected to be settled before the opening date to avoid even any minor glitches during operations.

"We do not want to rush. I think the prime minister has the same thought in mind. We have seen many airports worldwide fail because they were rushed into operations.

"It is something exciting also if the date coincides (KLIA & klia2), as it will be a double celebration for us at MAHB," Bashir said.

The RM3.6 billion klia2, built to cater for the explosive growth expected in low-cost travel, is sprawled over 257,000 sq metres and is envisaged to handle a maximum of 45 million passengers a year.

Najib: klia2 will be completed by May

"According to our scheduling, it could be ready by May. I have expressed my desire that we should not rush into opening klia2 (until ready), said Prime Minister Datuk Seri Najib Tun Razak.

"But as a target, I have decided that it should coincide with the date of the opening of KLIA which is June 28 (1998), so hopefully I will have the opportunity to open klia2 in June, in my present capacity, my present job," Najib said when launching AirAsia’s 1Malaysia aircraft livery at the KLIA Low-Cost Carrier Terminal here Saturday.

"We at AirAsia not only wear our hearts on our sleeves, we proclaim our passion to the Asean skies through the livery of our aircraft.

"Be it the Jalur Gemilang livery of 10 years ago, the Visit Malaysia livery, the Lat livery of 2009 – we dedicated a gallery in the skies to Malaysia’s unique diversity and heritage," said Fernandes.

Najib said AirAsia would offer free flights for travel between Peninsular Malaysia and the states of Sabah and Sarawak for a limited time as part of the program, but did not reveal further details.

The airport operator said it had received confirmation from the contractors of the terminal building – the UEMC-Bina Puri joint venture – that construction would be completed on April 30, 2014, including the securing of the Certificate of Completion and Compliance and the Operational Readiness and Airport Transfer.

The main contractors for the new low-cost carrier terminal klia2, the UEM Construction Sdn Bhd-Bina Puri Holdings Bhd joint venture (JV), have completed 98% of their portion of the project.

Read more on Work at klia2 98% done, should be completed by year-end