WE upgrade MAHB‘s passenger traffic growth from 11% to 12% for 2013, which lifts our earnings forecasts for financial years 2013 to 2015 by 1%-4%. Next year will be a brighter year as the airport operator rides on the Visit Malaysia 2014 theme and returns to positive free cashflow when klia2 is ready. 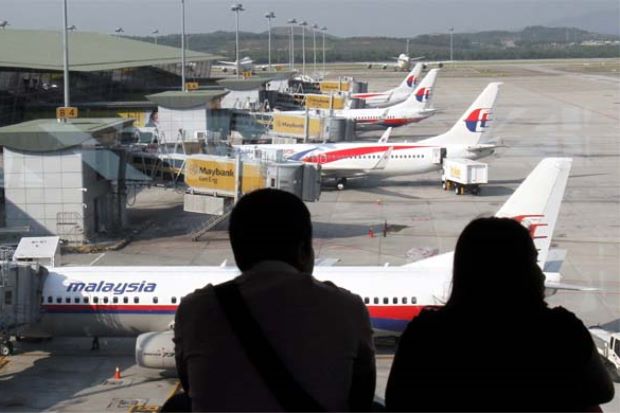 Next year will be a brighter year as the airport operator rides on the Visit Malaysia 2014 theme and returns to positive free cash flow when klia2 is ready.

After the earnings revision, our fair value moves up to RM8.47 based on discounted cashflow. Maintain “buy”.

In July, MAHB reported a 13.9% year-on-year (y-o-y) increase in passenger traffic, rising by double digits for the sixth straight month since February 2013 (year to date (YTD): 13.6%). Passenger traffic in the international and domestic sectors grew 13.5% y-o-y and 14.2% y-o-y respectively, thanks to new carriers operating from KLIA, intensifying competition, which lifted travel demand on competitive airfares and higher passenger feeds lifted by the entry of Malaysia Airlines into the oneworld alliance.

The Government’s efforts to promote Malaysian tourism may bode well for MAHB as it rides on the higher arrivals of foreign tourists. Awareness of the campaign started at the beginning of 2013 and the calendar is now filled with various events throughout the year.

It is our view that the spillover of growing passenger travel would be felt in neighbouring countries such as Singapore, Indonesia and Thailand.

After years of being in a free cashflow to firm (FCFF) deficit, the group is expected to finally generate positive FCFF in 2014, provided there is no major capital expenditure upon the commencement of klia2.

As capex overruns remain a concern for investors, we have conservatively incorporated an extra RM500mil in klia2’s capex, which does not hinder its return to positive FCFF.

With the second half of the year expected to be more encouraging due to network and frequency expansion by Malindo, AirAsia (including AirAsia X) and Malaysia Airlines, we expect our projected 11% passenger growth to be easily achieved.

More notably, the entry of new carriers operating at KLIA’s main terminal has lifted passenger travel for July by an astounding 23.4% y-o-y vs the 7.1% growth at the Low-Cost Carrier Terminal.

MAHB remains our top pick in the Malaysian aviation sector. Its stock price has shot up 40% year-to-date. After upgrading our passenger growth assumptions for 2013 and raising our FY13, FY14 and FY15 earnings our fair value is now higher at RM8.47 from RM7.53 previously.

This is also premised on a lower weighted average cost of capital (WACC) assumption of 7.5% vs 8% earlier as we lower our expected return on the market (from 12% to 11%), which essentially pares down the overall WACC.

Our new RM8.47 fair value gives an implied EV/EBITDA multiple of 13.6 times, which is still lower than the 14 times FY2014 EV/EBITDA that we peg to Airports of Thailand.