NOT TO SPECIFICATION: Airport operator received 230 non-compliance reports, including cracks in buildings and low ceilings

SEPANG: MALAYSIA Airports Holdings B h d (MAHB) has received a staggering 230 non compliance reports on the construction of the klia2 here leading to delays in its completion and escalating cost.

The long list of flaws in the project include cracks in the buildings as well as ceilings that were built too low, requiring them to be torn down and rebuilt.

Deputy Transport Minister Datuk Abdul Aziz Kaprawi said some of the reports related to defects and cracks in some parts of the buildings at klia2.

He estimated that repairs would take at least five months.

“Ceiling height in some buildings were also not in compliance with safety regulations. The contractors have been told to demolish everything and start again. This has added to the cost and delayed the project.”

Aziz, however, said the cost for klia2 would not reach RM4.6 billion and maintained that it would be completed by April 30 next year.

Business Times had on July 4 reported that MAHB had received variation order (VO) claims of more than RM250 million from several contractors for the klia2 project, which may raise its cost to RM4.6 billion.

A well-placed source said MAHB was also expected to receive VO claims of around RM300 million from UEM-Bina Puri, the main joint- venture contractor of the project.

“At the moment, there is no final account as the airport is under construction.

We expect the financial closure of the project to be reached after all the works have been completed.

“There has been a cost increase and it has doubled from RM2 billion.

Aziz said klia2 would no longer be a dedicated low-cost terminal, but the country’s first hybrid airport, with upgraded business class services and international passenger segregation.

He said klia2 would have a business class lounge as requested by AirAsia. The budget carrier is expanding its services to include business class via AirAsiaX. 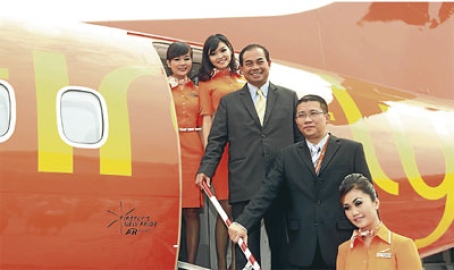 The opening of klia2 has been delayed no fewer than five times since September 2011, which was the slated opening date.

UEM-Bina Puri was previously quoted as saying that the delays were because of numerous specification changes. These included expanding the floor area by 60,000 sq m to 295,000 sq m and adding 45 more Immigration counters as well as ticket booths.

Industry sources told the New Straits Times that the delays were also caused by other factors, such as difficulty in building the structure on reclaimed land.

The land, consisting mostly of former oil palm plantations, had to be drained and levelled, which was a time-consuming process.

Other problems, sources said, included MAHB’s negotiation with AirAsia on its alleged reluctance to use aerobridges, as well as changes to the airport’s baggage-handling system.

Sources also claimed that the impending arrival of Malindo Air at klia2 had also led to other negotiations on specifications.