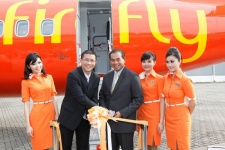 The Transport Ministry is no longer classifying klia2 in Sepang as a low-cost carrier terminal (LCCT), calling it now a "hybrid terminal" due to the addition of a business lounge and the segregation of arriving and departing passengers in the new terminal building.

This, however, raises questions about the passenger service charge (PSC) that will be imposed at the new terminal once completed. 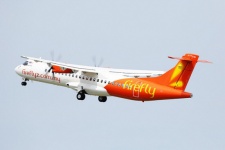 A re-classification of klia2 could mean that the lower PSC enjoyed by departing passengers at the LCCT may not apply there.

A Transport Ministry spokesman told SunBiz that the ministry has not gone into the details of the re-classification of the new terminal but that it will certainly look at the issue of PSC.

"Now we are focusing on completing the terminal," he said.

Last Friday, Deputy Transport Minister Datuk Abdul Aziz Kaprawi said klia2 is now considered a hybrid terminal after additions such as a business lounge and a total segregation of arrival and departure passengers were made to the original design of the terminal. 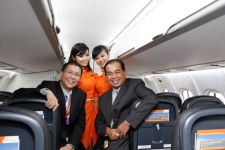 Abdul Aziz, who is heading the special committee set up to monitor the progress of klia2, also said the latest number of non-compliance reports (NCRs) against the contractors of klia2 stood at 230, and it would take five months to rectify the unsatisfactory works.

He was speaking to reporters after the unveiling of Firefly‘s first ATR72-600 here.

FlyFirefly Sdn Bhd CEO Ignatius Ong said the airline has no plans to float its shares on Bursa Malaysia yet.

"At this point, we’re still working closely as a subsidiary of Malaysian Airline System Bhd (MAS). There is no plan yet (to list). One of the things that we contemplate before listing is that we want to strengthen our position first," he said.

"Once we see our position (become) stronger, we will review and consider all options. Listing is not out of the scope, but not at this point of time. Our focus is to enhance the air travel frequencies within Peninsular Malaysia first as well as Thailand, Indonesia and Singapore," said Ong.

The first of 20 ATR72-600s will be deployed on the Subang-Johor Baru route. Firefly is due to take delivery of its second ATR72-600 in October and another three next year. The remaining turboprops will be delivered over the next five to six years.

"Turboprops are no longer a thing of the past. It is the future for short distance air travel," said Ong, adding that flying a turboprop is 30% to 50% more fuel efficient than a regional jet.