The finalised passenger service charges (PSC) or airport taxes for Kuala Lumpur International Airport 2 (klia2) will be made public by end of this year, the Dewan Rakyat was told yesterday. 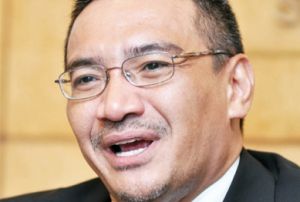 Acting Transport Minister Hishammuddin Hussein said the ministry has held discussions with the stakeholders involved to decide on the tax issues.

“I had discussed with stakeholders such as AirAsia Bhd, Malindo Airways Sdn Bhd, Malaysia Airports Holdings Bhd (MAHB) and others. They are entitled for unified and consensus tax rates.

“By end of this year, there will an announcement on the tax rates, which will be very reasonable and relevant to all parties, including the passengers,” Hishammuddin said.

Earlier in August, Deputy Transport Minister Abdul Aziz Kaprawi said the airport taxes would likely be similar to that at the current low-cost carrier terminal (LCCT).

The much delayed klia2 project is still under construction with its opening pushed back to May 2014.

“On Aug 25, again traffic congestion occurred at peak hours due to strong wind whereby seven flights were unable to land leading the authorities to change the landing directions.”

In line with that, Hishammuddin said the Department of Civil Aviation (DCA) has identified both short-term and long-term measures to deal with the problem.

“For the short term, DCA plans to use semi-mixed operational mode, in which priority will be given to landing aircraft compared to departures.

Hisham: Contractors have ‘no choice’ but to meet klia2 construction deadline

The Kuala Lumpur International Airport 2 (klia2) will be completed before its deadline of May 2 next year, said Acting Transport Minister Datuk Seri Hishammuddin Tun Hussein.

He said the contractors had "no choice" but to complete the construction of the airport by then and there would be no additional costs to the project.

"The progress of the project is monitored every two weeks and reports are presented to the Cabinet and the Ministry’s top officers," he said during question time.

To a question by Azmin Ali (PKR – Gombak), Hishammuddin said the klia2 was not solely for AirAsia’s usage and there were other companies involved including Malaysia Airlines and Malindo Airways.

On the service charge imposed on airlines, he said an understanding had been reached by all parties but the details had yet to be sorted out.

"An announcement on this will be made before the end of this year," he said.

On the air traffic congestion in the KLIA on Aug 23, Hishammuddin said it was due to problems in the Instrument Landing System, causing only one runway to be used for take-offs and landings.

"The congestion on Aug 25 was caused by strong winds that forced the direction of landings to be changed," he said.

He said the number of air traffic movements had increased over the past year from an average of 750 to 950 movements a day in KLIA.

Hishammuddin said the Department of Civil Aviation will increase its air traffic control capacity with the Air Traffic Management Operations Plan, which will be able to increase the number of air movements in KLIA from 68 to 78 air movements an hour.