Ong, who was transport minister when MAHB first mooted the change, said he did not recall being told by the airport operator that additional costs would be incurred if the low-cost carrier terminal was moved from KLIA North to KLIA West.

“(When it comes to) earthworks, I feel I should be alert because normally I’m quite sensitive to that.

“What I can remember is that it wasn’t highlighted,” he told The Malaysian Insider last night.

Yesterday, Pua alleged that MAHB had failed to inform government officials that moving the terminal to the west of the existing KLIA building would push construction costs up by RM1.9 billion to RM3.9 billion. 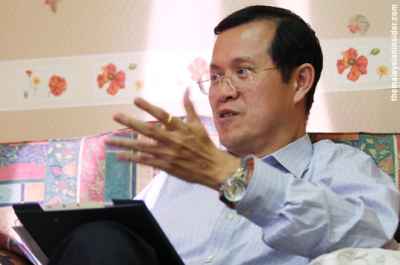 Ong claims he was in the dark over the higher costs for klia2. – File pic

He pointed out MAHB withheld this information when it first proposed the new site to Transport, Finance and Home Ministry officials at a meeting on April 15, 2008, even though it had endorsed KLIA North as the best possible site as late as July 6, 2007.

This was despite the original KLIA Master Plan 1992 warning that soil to the west had “poor bearing qualities and is not suitable for airport construction without undertaking significant engineering measures”, he said.

Ong said the plans for klia2 were still preliminary after he took over the transport portfolio in March 2008, adding that the KLIA West site was presented to him in “introductory” fashion.

“Certain things presented to me as a new minister may not be linked to some of the older proposals. Certain things may not be resurrected,” he said, in reference to the 1992 KLIA Master Plan.

MAHB has denied withholding crucial information from government officials, stressing that the terminal was only shifted upon approval from all stakeholders.

The airport operator previously said the inflated cost of klia2, which has nearly doubled to RM3.9 billion from RM2 billion, was due to its decision to increase the terminal’s capacity to 45 million passengers per annum from 30 million.

This was done to accommodate budget carrier AirAsia‘s projections that 45.3 million passengers would be using the new low-cost carrier terminal by 2020, it said.

MAHB also blamed the latest six-month delay to a change in the baggage handling system (BHS) which, it said, had been requested by AirAsia.

But AirAsia has denied asking for a more powerful BHS or a larger terminal, noting that it had only asked MAHB to ensure klia2 could be expanded if needed.

klia2 will be the world’s largest low-cost carrier terminal when it is completed in April 2013.