Malaysia Airports Holdings Bhd (MAHB) earnings per share may be diluted by between 4.6% and 9.1% post private placement for 2012 and 2013 financial years and its gearing reduced, analysts said.

The dilutions in earnings, as a result of an increased number of shares is to be expected. But in time, this would be mitigated once the klia2 is operational in 2013, MAHB said.

On Monday, MAHB proposed a private placement of up to 110 million new ordinary shares of RM1 each, representing 10% of the company’s issued and paid-up share capital, primarily to part finance the additional capital expenditure incurred for the enhancements to its Kuala Lumpur International Airport (klia2) low-cost carrier terminal.

The exercise is expected to raise RM598.4mil at an assumed price of RM5.44 per placement share.

MAHB’s shareholders approved the placement exercise at its AGM last year. About RM590mil will be used within 12 months to part finance the additional capital expenditure for the klia2 airport while the balance would be utilised to pay off expenses related to the private placement exercise. 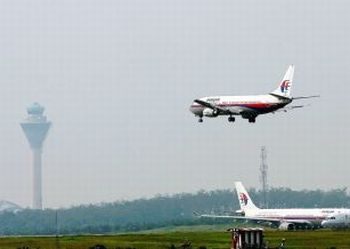 An analyst expects MAHB’s profitability to be maintained from a strong flow of rental, retail and advertising income

Hong Leong Research’s analyst Daniel Wong said MAHB’s earnings would be diluted 4.6% for financial year 2012 and up to 9.1% for 2013. He was, however, positive about the long-term prospects of klia2 development when it is completed in April 2013.

He also expected MAHB’s profitability to be maintained from a strong flow of rental, retail and advertising income. Wong maintains a buy call for the stock with an unchanged target price of RM6.80.