The site of klia2 comes from a 2008 master plan, which supersedes the one referred to by Tony Pua when criticising the site of the new low cost carrier terminal, said Malaysia Airports (MAHB) today. 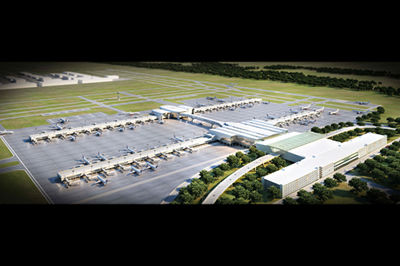 A model of klia2. — Picture courtesy of MAHB

MAHB said in a statement that the present site for klia2 was selected based on the recommendation of the National Airport Master Plan (NAMP) (2008) after a detailed and comprehensive study involving all stakeholders including the Ministry of Transport, Department of Civil Aviation, Ministry of Finance, Ministry of Home Affairs and all airlines.

The airport operator said that the original KLIA Master Plan was reviewed to take into account the latest developments in the aviation industry as well as issues such as location, soil condition, airside and landside connectivity and existing infrastructure.

Pua, DAP’s publicity chief, criticised the klia2 site today, saying that moving it from the north to its current location in the west had resulted in additional costs due to poor soil conditions, as noted in the 1992 KLIA Master Plan.

He estimated that earthworks alone accounted for about RM1.2 billion of the RM1.9 billion in additional cost.

Pua also pointed out the move to klia2 meant a third runway had to be built for RM270 million, in contrast to the original plan to maximise use of the existing two runways at the main terminal.

This necessitated the construction of a second air traffic control tower for RM500 million as the new runway would be out of sight of the existing one and Pua claimed that KLIA would be the only airport in the world with two control towers.

klia2 has been the centre of controversy ever since its cost was revealed to be almost double that of initial projections which gave rise to fears that airport charges would have to be increased as well.

MAHB responded, however, that the cost was due to an enlarged scope of the project that would cater for future requirements and that the additional cost would not result in an increase in airport charges.