The AirAsia CEO said MAHB was “laughable” and that the reported comments of one of their officials were “a joke”. 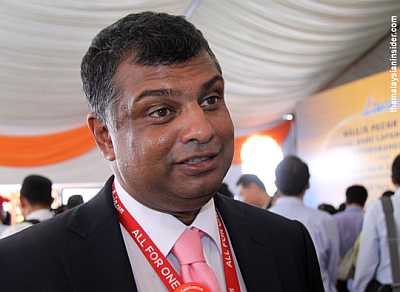 The Edge Financial Daily reported yesterday that the cost of the new low cost carrier terminal, dubbed klia2, is speculated to have increased significantly over its original estimate of RM2 to 2.5 billion.

The report also quoted MAHB officials as saying that additional cost would not immediately mean higher airport fees as these were regulated by the Transport Ministry and MAHB could recoup the costs from non-aeronautical revenues such as airport retail.

The official also said the airport charges are not based on the cost of building the airport and that the return on investment (ROI) for klia2 is based solely on non-aeronautical income.

Fernandes questioned the rationale behind MAHB’s comments and pointed out that MAHB recently raised its airport charges.

“They said that they won’t raise charges because of non-aeronautical revenue, then why have it raised it now,” the airline chief posted on the Twitter microblogging service. “It’s a joke and very sad.”

Requests for comment sent to MAHB did not elicit a response by the time of publication.

The Transport Ministry recently gave the green light for MAHB to raise airport tax by RM14 at most of its international airports and by RM7 per international passenger at the existing low cost carrier terminal (LCCT) at KLIA.

Aircraft landing and parking charges will rise by nine and 18 per cent respectively over three years.

Fernandes and MAHB had battled over the lack of capacity at the current LCCT, and the AirAsia chief had mooted building a private terminal in nearby Labu, Negri Sembilan due to his frustrations with the airport operator.

MAHB, however, convinced the government to disallow the Labu proposal and to opt for klia2 instead.

When first announced in 2009, klia2 was to cost RM2 billion and be completed by the third quarter of 2011.

The new date for start of commercial operations has since been shifted to October 2012, but there is speculation that it would only be ready by 2013.