DAP today asked Transport Minister Kong Cho Ha to give full disclosure on the construction of the new low cost carrier terminal (LCCT) in the wake of a news report about its cost ballooning. 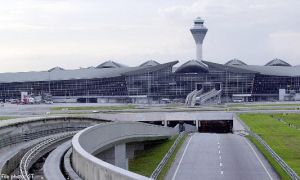 The party’s publicity chief, Tony Pua, said he would demand investigations by the Public Accounts Committee and the Auditor-General if Kong failed to provide details on costs and work schedule.

The Edge Financial Daily reported yesterday that the cost of the new LCCT, dubbed klia2, might have increased significantly from the original estimate of RM2 billion to RM2.5 billion.

The project is spearheaded by the Transport Ministry.

Pua, speaking to reporters in the Parliament lobby, said Kong “must provide full clarification and justification as to why he has failed to manage and control the cost of the new airport.”

He also demanded an explanation for the delay of the project, as announced recently by Malaysia Airports Holdings Berhad (MAHB) managing director Bashir Ahmad.

He said the cost increase would mean higher airport fees, despite MAHB officials saying, according to The Edge, that this was not necessarily so.

One of the officials said the additional cost could be recouped from non-aeronautical revenues such as airport retail. According to him, airport charges are not based on the cost of building the airport and the return on investment for klia2 is based solely on non-aeronautical income.

But Pua dismissed the explanation and insisted that the “higher cost will be translated into higher airport taxes or charges”. 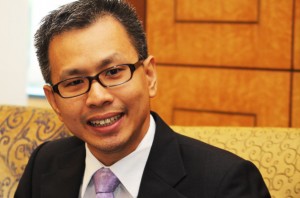 He said the ballooning of klia2’s cost was another addition to the “list of MCA transport ministers’ incompetence”.

“MCA ministers of transport have a history of failing miserably in managing project costs, resulting in the rakyat having to bear the burden of billions of ringgit in cost overruns such as in the RM12.5 billion Port Klang Free Zone debacle.”

In early 2009, Sime Darby, in partnership with budget carrier AirAsia, proposed to privately fund the construction of a new LCCT in Labu at the cost of RM1.6 billion.

However, the government rejected the proposal, partly due to MAHB’s promise to build a new LCCT at KLIA for less than RM2 billion.

The project was due for completion in June next year, but has now been delayed to 2013.