AirAsia boss Tan Sri Tony Fernandes said the airline will not use aerobridges at klia2 even though airport operator Malaysia Airports Holdings Bhd (MAHB) will build them for the new low-cost air terminal.

“We will not use them. For 10 years we have run the airline and build it from nothing. We have carried 130 million people and our biggest hub is in Kuala Lumpur where we have not used aerobridges.

“We are confused why they want to spend so much when the client does not want them. What kind of control is there when there is a global economic outlook issue,” Fernandes told StarBiz yesterday. 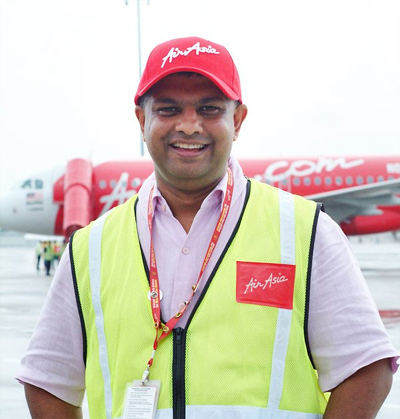 He said that even Singapore Budget Terminal did not have aerobridges and the Singapore authorities had no intention of building them.

“I am deeply disappointed with the decision and shocked to hear that klia2 can now cater for 45 million passengers when only last week it was 30 million. Where is the 15 million going to be (housed) when there is no floor space?”

“At 45 million, the airport appears to be bigger than Dubai airport,” he said.

He added that “MAHB cannot make excuses for cost overruns. MAHB must be made accountable. My worst fear has been confirmed.”

He also twitted about the RM3.9 billion figure, saying that “I am sure that is not the final figure”.