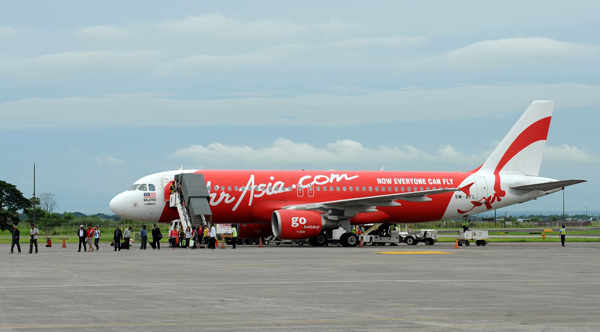 YET TO BE RESOLVED: AirAsia chief operating officer says the airline will be the biggest company to utilise
the new airport but some of its proposals and basic requirements are not entertained by MAHB.

In the latest twist to the feud between AirAsia Bhd (AirAsia) and Malaysia Airports Holdings Bhd (MAHB), the budget carrier yesterday expressed its hope to work as a family and for the airport operator to give fair consideration to the airline’s requirement in the new low cost terminal (klia2).

AirAsia chief operating officer Bo Lingam said the airline would be the biggest company to utilise the new airport but some of its proposals and basic requirements were not entertained by MAHB.

“As per the meeting between MAHB and AirAsia which was chaired by Datuk Seri Najib Tun Razak, who was then Deputy Prime Minister, it was proposed that both the entities form a joint committee on the development of klia2. However, until now, there has been none.

“Although its quite late now, we are still open for a joint committee for the benefit of AirAsia, MAHB and all related parties in the development of the airport.

“Had the joint committee been formed, all these problems would not have cropped up as it would have been resolved internally,” he told a media briefing here yesterday.

He said the airline’s main concern was the cost escalation of the new terminal which would result in higher rental, surcharges and extra bills imposed on AirAsia, when the company moves its operations to klia2 scheduled to operate in 2013.

This, he said, might also be a reason for AirAsia to increase its fares in future.

“Besides, we are requesting that MAHB agree to have a service level agreement with us to occupy the new airport as we have no such agreement now with the present low cost carrier terminal.

“We also want MAHB to state in black and white the current airport charges so that it will not be raised once we move to the new airport,” he said.

Bo Lingam said the airline also requested for a taxiway to be built in the first phase of the new terminal and this was infact slated in the airport’s initial runway plan, but the plan was aborted. It has now been planned for construction in the second phase of the project.

“If the runway is not constructed, we are going to incur losses amounting to some RM40 million, annually, only on fuel, because we have to cross the runway without a taxiway,” he added.

Bo Lingam also said AirAsia does not deny the fact that MAHB and the airline company had a total of 47 meetings on the new airport project.

“However, no decision was taken at the meetings.

“It was more one-sided with us presenting our latest plans and proposals and all they said was that the board would meet to deliberate and make a final decision.

“We want a low-cost airport, our operating procedures does not require a world-class airport.

“We have told them (MAHB) this many times but the latest development clearly shows that they are not getting what we are trying to prove here,” he said.

Bo Lingam said in 2009, the company identified a piece of land and drew up a sample airport design.

“The cost of the project, if based on that design, would not have cost more than RM700 million, but without any reason, MAHB rejected both the site and design.

“We already know that the current site will incur more cost and work because the soil is soft but MAHB make the final decision and now the date of completion is being delayed from year-end to September 2013,” he said.

He also said due to the delay, AirAsia had to defer new aircraft delivery due to space constraint.

“We are now talking with MAHB and related parties on securing a piece of land to park the new aircraft until the new airport is ready because we cannot keep deferring aircraft delivery just like that,” he said.

AirAsia, Bo Lingam said had helped Malaysia place itself on the world map as one of countries offering low-cost travel.

“So, what’s wrong if MAHB grants us a business partner relationship in this particular matter,” he said.

AirAsia and MAHB are sheduled to have their update meetings on the new airport tomorrow. – Bernama