As one of the world’s great capitals, Beijing will keep you spellbound for weeks on end with its magnificence and scale incomparable to any city in Asia.

Explore this spectacular city’s ancient temples and futuristic public spaces, and you will never see the world the same way again.

Truly an awe-inspiring world wonder, the Great Wall stretches thousands of kilometres through mountainous terrain like a mighty dragon across China.

In Beijing alone, there are several sections of the wall waiting to be explored, each with its own character and growing lovelier with every season.

Whether or not you’re an art connoisseur, you’ll be in for a surprise at this celebrated contemporary art hub.

View a wide range of creative expression at exhibits mounted by established and upcoming galleries, then lounge at chic cafes where the question “what is art?” is sure to pop up.

A vast and historic square housing the Gate of Heavenly Peace, Tiananmen Square is regarded as the entrance to the Forbidden City.

It is flanked on all sides by great public buildings such as the Monument to the People’s Heroes, Mao Zedong Mausoleum, National Museum of China and the Great Hall of the People.

Words are not enough to describe this grand 15th century imperial palace in the very heart of Beijing.

This majestic complex of nearly a thousand buildings, now known as the Palace Museum, set the bar high for palaces in East Asia and is still impressive today, housing priceless artefacts and artworks.

Better known as the Bird’s Nest and the Water Cube, these two sports venues were built for the 2008 Summer Olympics.

Today, the stadium is still used for major events, while the aquatics centre doubles as a water park. Both architectural marvels are especially beautiful at night.

Few of the old hutongs (alleys) with classical courtyards and labyrinthine lanes remain, but tourists have rediscovered their charm.

Nanluoguxiang, an 800-year-old enclave of shops, is now a trendy spot lined with bars, cafes, boutique hotels and backpacker hostels.

The indoor markets of Chaoyang district are extremely popular for great bargains on silk, designer knockoffs and crafts.

Ya Xiu Market in West Sanlitun is frequented by Beijingers, while the larger Xiu Shui Market, also known as Silk Street, is well-loved by out-of-towners hunting for gifts and souvenir items.

Best known for the three-gabled Hall of Prayer for Good Harvests, the Ming Dynasty temple complex is even larger than Forbidden City itself.

Aside from ornate altars that reflect the world view of the ancient Chinese, the temple boasts an Echo Wall, Three Echo Stones and Dialogue Stones that let you speak to a person more than a hundred feet away.

This splendid lakeside palace built in 1750 and restored in 1889 is the stuff of fantasies, with lovely bridges and pavilions dotting the natural hill, making it the best and largest royal palace in all of China.

The essence of Chinese performance can be experienced through Beijing Opera, which weaves music, dance, theatre and acrobatics into one colourful stage show based on history and legends.

There are always troupes attempting death-defying stunts, so there’s a plethora of amazing contortionists, riders, jugglers, tight-rope walkers and martial artists to watch.

Choose from various productions where the talent will surely leave you wide-eyed with amazement.

12. National Centre for the Performing Arts

Designed by visionary architect Paul Andreu, the National Centre for the Performing Arts is a remarkable glass and titanium egg-shaped opera house, surrounded by an artificial lake – a true spectacle.

Sometimes known as ‘The Giant Egg’, the ellipsoid dome is a world class performance centre with underwater corridors, concert hall, theatre and auditorium, and has played host to symphonies, dance shows, ballets, dramas, exhibitions and operas.

What is a visit to Beijing without several helpings of Peking Duck with its crispy skin and tender meat?

Served with Mandarin pancakes, scallions and hoisin sauce, it’s the kind of dish that you’ll crave for all the way home. 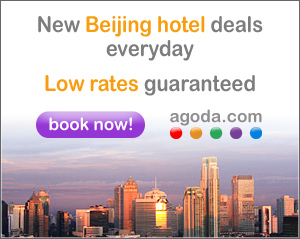 Need a visa to visit China? Check out Visa For China official website.