According to a report by theSun,a possible fare hike has been mooted for both the LRT (Ampang and Kelana Jaya lines) and monorail services as the Land Public Transport Commission (SPAD) will submit its proposal to the Cabinet in August.

The hike, should it receive the go-ahead, will come into effect by Q3 this year.

The daily reports that said proposal, which cites an increase of operating costs by “more than 28 times since 1996” as one of the reasons, was drawn up over a week ago. “.

Prasarana Malaysia Berhad as the asset owner and operator for LRT and monorail through Rapid Rail Sdn Bhd has been exposed to increased electricity tariff by Tenaga Nasional Berhad, at least three times in the last seven years.”

“There is also the huge cost of procuring new rolling stock in the last 36 months for the existing Ampang and Kelana Jaya lines and together with the extension lines,” a government source disclosed.

All in all, Prasarana is expected to spend a total of RM960 million to phase out the existing coaches with 50 new light rail models. Additional upgrades are also touted to be rolled out over the next four years. 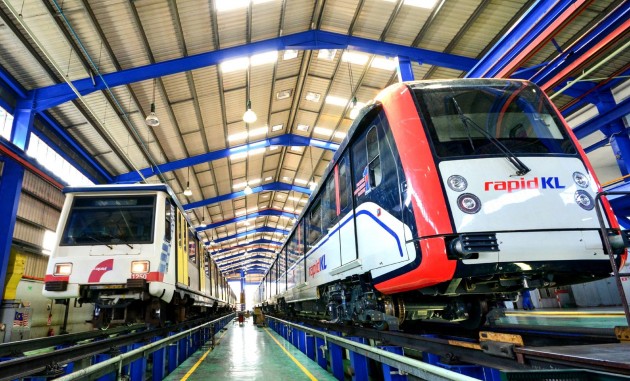 Aside from that, another source has revealed that the proposal will include details of the consequences of the hike on commuters as well as economic deficits for the government should said proposal get rejected.

When contacted, SPAD chairman, Tan Sri Syed Hamid Albar, confirmed that the commission has received a request from Prasarana. “We are studying the details and we will present it to the Cabinet next month,” he said.

With that said, the Malaysian Trades Union Congress (MTUC) has retaliated to the notion of said proposal and has urged SPAD to drop the request by Prasarana.

“If fares are hiked up it would further burden the working class, who are already reeling with the increased cost of living,” said MTUC deputy secretary general, A. Balasubramaniam, to Bernama.

He went on to stress that such a move would hinder more people from using public transportation, which will, undoubtedly, contribute to ever-worsening traffic congestion in the Klang Valley.

The last fare revision to take place under Prasarana was in 2002.