Officially unveiled on January 29 this year, AMY – the first of Prasarana Malaysia Berhad’s (Prasarana) fleet of new six-car Light Rail Vehicles (LRVs) for LRT Ampang Line – sets a new milestone today when it rolled through the new extended lines in declaring its readiness to commence operations on October 31 as scheduled. 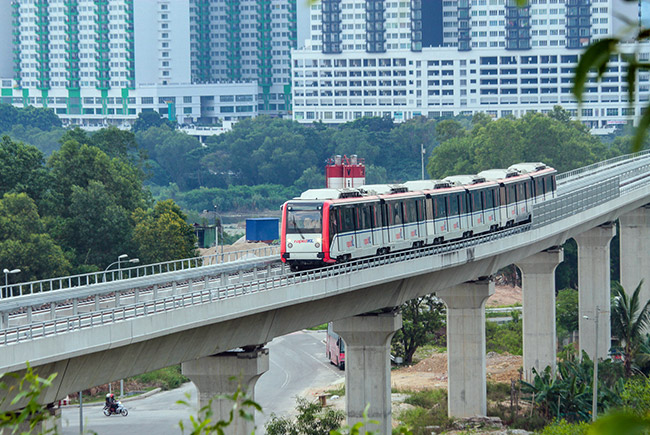 Carrying key executives of Prasarana Malaysia Berhad (Prasarana), SPAD, Pemandu, DBKL, Majlis Bandaraya Petaling Jaya and media representatives, AMY rolled into the four new stations – Awan Besar, Muhibbah, Alam Sutera and Kinrara BK5 before shuttling back to Sri Petaling station – the last of the point of the current Ampang Line, which had been serving the commuters since 1996 from the days of STAR-LRT.

“As announced on January 29, we will be putting in eight new trains when the first phase of the Ampang LEP commences operations on October 31. Seven of them are already here at our Ampang Depot including three which are in the final stages of completing their testing and commissioning programme. 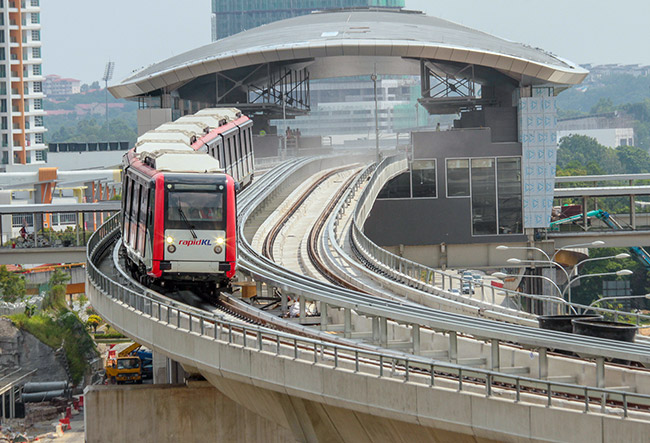 “The eighth new six-car set is scheduled to arrive before the end of this month. We have made a promise to have eight new train sets when we open for service on October 31. We are committed to that promise and the team have been working round the clock in delivering this promise.

“My congratulations to Dato’ Zohari (Sulaiman) and his team from PRAISE as well as all our partners and contractors. We hope that they will continue their good work and deliver the entire LEP project as scheduled before the middle of next year,” Prasarana Group Managing Director Dato’ Azmi Abdul Aziz told a media briefing at Station LRT Awan Besar here today. 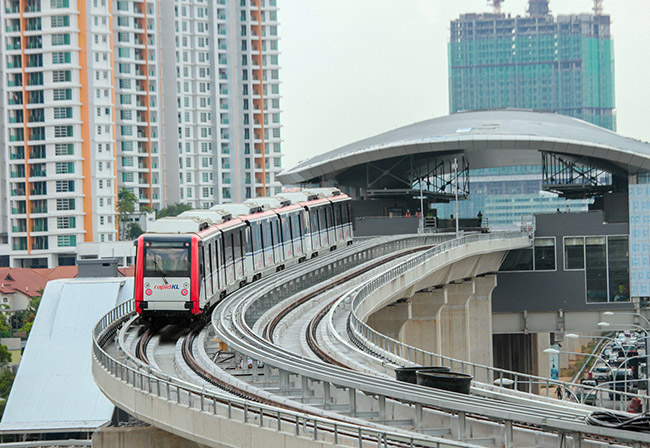 “As in all other projects especially for major ones like the LEP and BRT, we face challenges. But, credit to the team, we manages to find solutions to these challenges. We have proven at the BRT-Sunway Line in meeting the deadline, we are confident of meeting this time schedule as well, Insya Allah,” Dato’ Azmi added.

Manufactured by CSR Zhuzhou Electric Locomotive Co Ltd. (CSR ZELC), the 50 new LRVs are purchased under a contract worth about RM1 billion in a massive effort by Prasarana to further improve public transport services that included extension of the current LRT lines.

While 20 units are procured under the Ampang LRT Line Extension Project (LEP), the remaining 30 are purchased to replace the existing fleet of 30 trains that had been used since 1996 during the days of STAR LRT.

With the additional eight trains in service from October, commuters can expect shorter headways and better frequency, which Azmi hoped would woo in more people to leave their private cars at home and take public transport.