The new Kinrara BK5 LRT station in Bandar Kinrara, which is part of the Ampang Line Extension Project (LEP), is ready to serve the community there on Oct 31, 2015.

Four new LRT stations – Awan Besar, Muhibbah, Alam Sutera and Kinrara BK5 – are set to be operational by next Saturday. 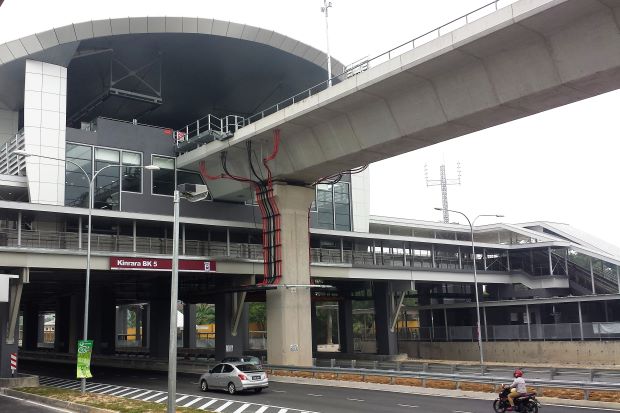 These stations are part of the Ampang LRT Line Extension Project (LEP).

A spokesman from Prasarana said Land and Public Transport Commission (SPAD) had given them the green light to start their operation.

The LEP will be the first rail network to be operated in the Kinrara and Puchong, which have an estimated population of 400,000 people.

The service is set to change the way thousands of people commute daily and boost the property prices in Bandar Kinrara, which is served by Alam Sutera and BK5 stations.

The station has a dedicated park-and-ride facility and is located near the new BK5 commercial hub, including the nearby Giant Bandar Kinrara.

The Awan Besar and Muhibbah stations will serve residents in Taman OUG.

All stations are equipped with basic facilities such as toilets, surau, lifts, and shops. There are also special facilities for the disabled.