The Taman Melati LRT station is on the northern edge of Kuala Lumpur’s city limits, 400 metres from the nearest Kuala Lumpur-Selayang border, and was built along Persiaran Pertahanan.

The station accommodates 2 side platforms with 2 tracks. 6 parking bays facility is vailable with payment near the LRT station.

In addition to serving its namesake location, Taman Melati, to the east, the station is also accessible from other surrounding housing estates, including Gombak Setia to the west (in east Gombak), Taman Setapak Jaya to the south (north of Setapak), and, to an extent, Taman Cemerlang to the north.

Taman Melati station is the last station northwards to Gombak, and is one of two Kelana Jaya Line stations serving the Taman Melati and Taman Cemerlang areas, the other being Gombak station. 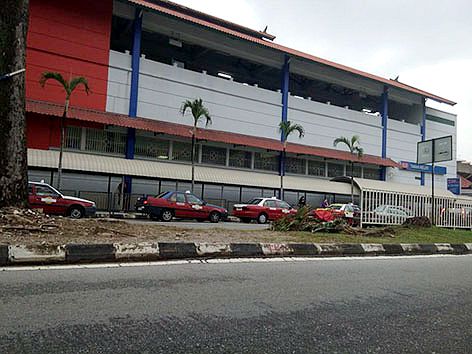 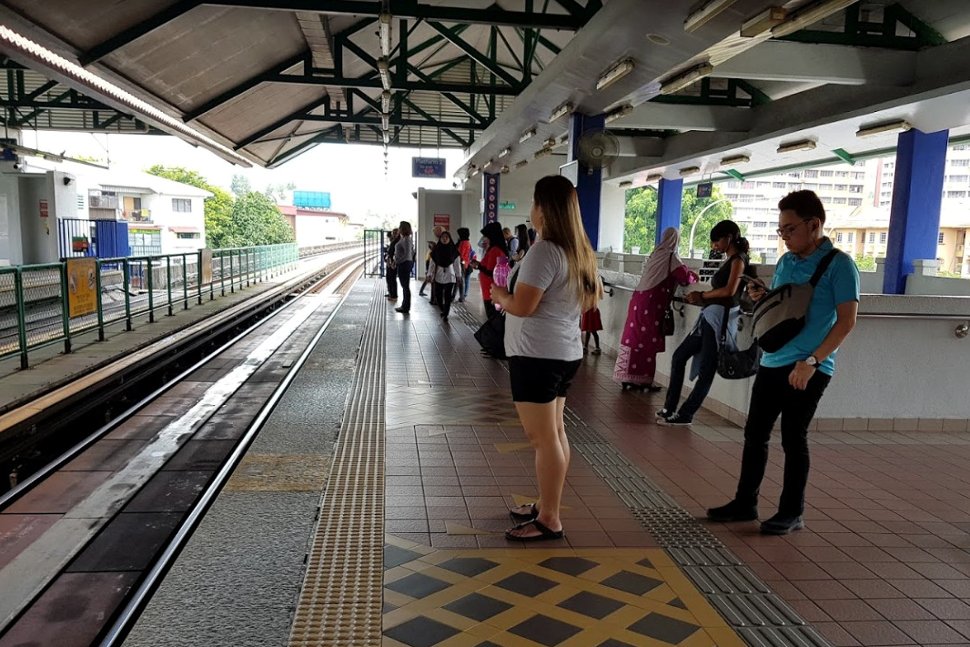 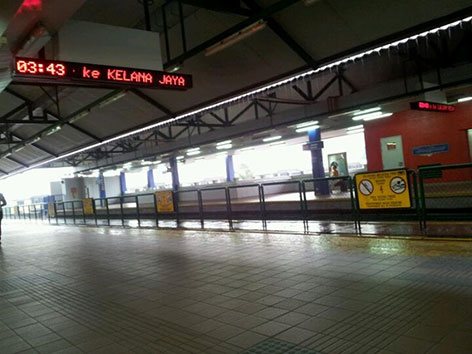 As an elevated station, Taman Melati station contains three levels: The access points at street level, and the ticket area and adjoining platforms on the two elevated levels.

All levels are linked via stairways, escalators and elevators designated for disabled passengers.

The station uses a single island platform for trains travelling in both directions of the line, and is entirely sheltered by a gabled roof supported by latticed frames. 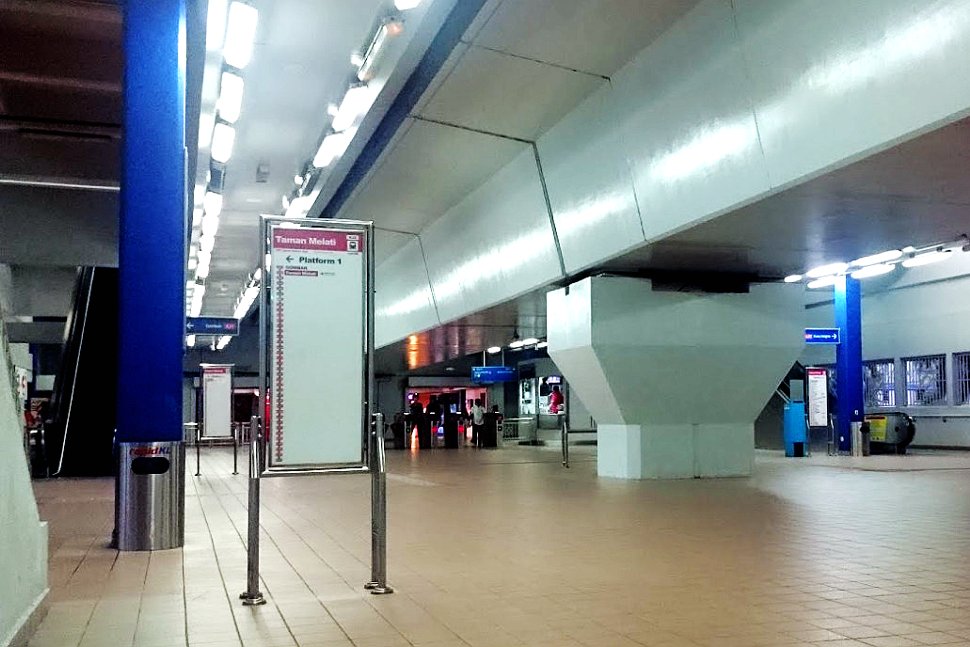 The Taman Melati LRT station is on the northern edge of Kuala Lumpur’s city limits, 400 metres from the nearest Kuala Lumpur-Selayang border, and was built along Persiaran Pertahanan. 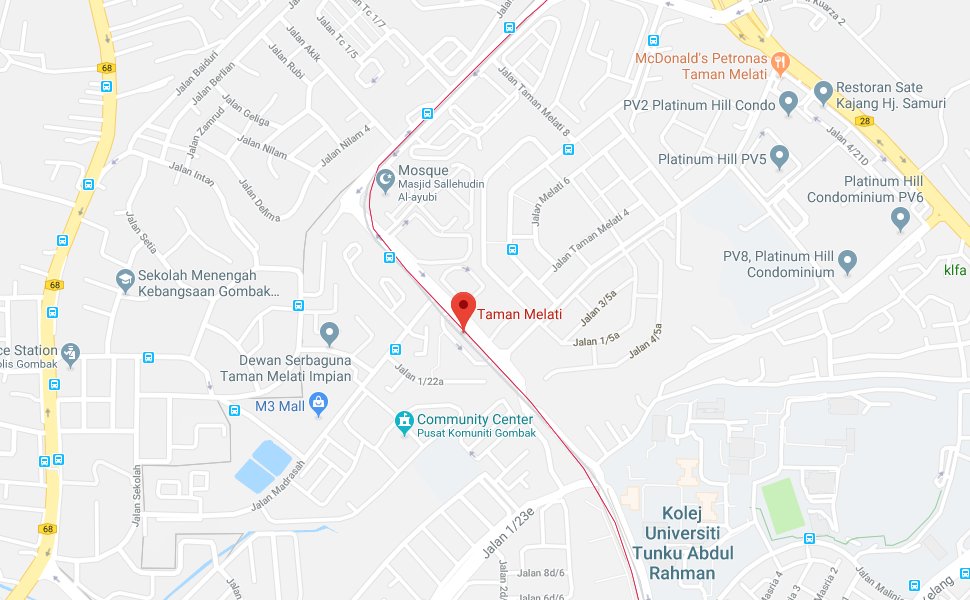 Shuttle bus near the LRT station 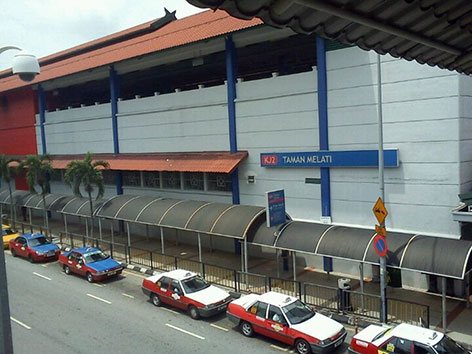 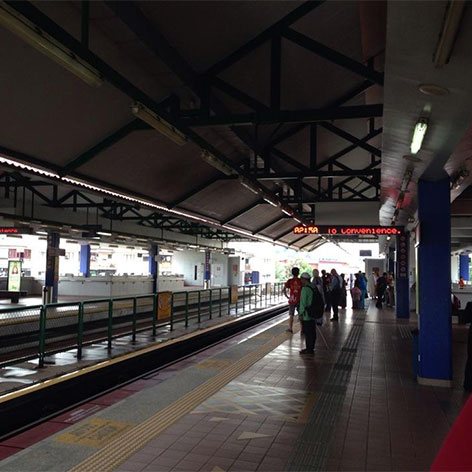 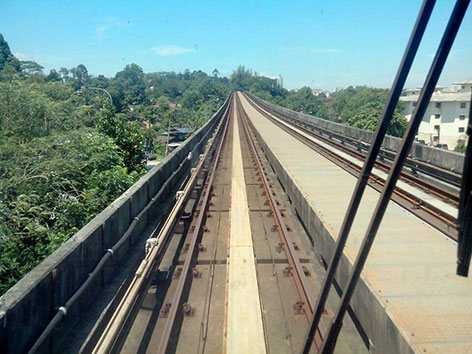 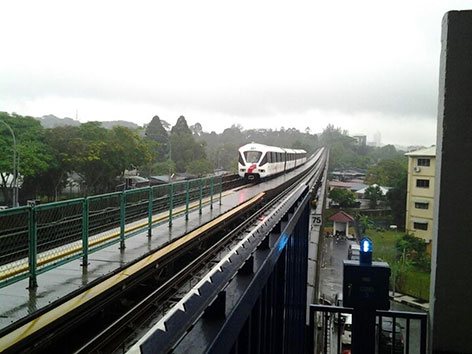